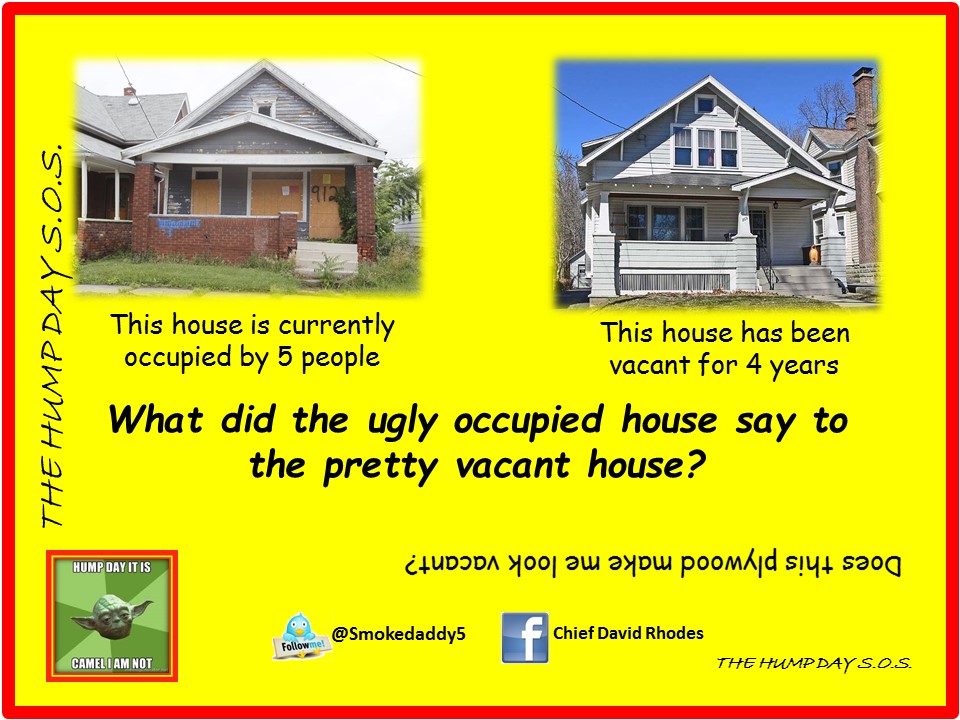 What Does Vacant Mean?

The word vacant in the fire service has taken on a life of its own. By definition. as it relates to a structure,  it would mean that it is unoccupied (no one in there... for you vocabulary challenged guys). Many departments generalize the term vacant. I have even seen research papers on "vacant" structures and firefighter injuries. Unfortunately this has added to the developing risk aversion culture that tends to generalize the job. I even catch myself misusing the term due a normalization of deviance.

Vacant for the fire service now means several different things. It describes the appearance of the structure to some, it means that no one is currently paying rent or a house payment to others and in some areas it mean an old dilapidated structure that has weeds growing out of the siding.

In many urban areas there is rarely such thing as a vacant structure. Most structures are occupied by someone even if they are not supposed to be there. In many cases these structure are likely to have fires and have individuals trapped. They have no power (unless it’s being stolen) so, how did the fire start?

I propose banning the use of “vacant structure” from fire service terminology prior to a primary and secondary search by the fire department. I am in favor of identifying buildings that may be structurally unsound as “high risk” but not “vacant”. It is the fire departments job to determine if a structure is occupied or not when there is a fire in it. The fire department does not make decisions on when to rescue based on the economic status of the individual. A life is a life. The determination of when to “go or not go” should not be based on a self-imposed classification of building as “vacant”.

The overall victim survivability and structural risk profile is the determining factor for “go or no go” once on scene. Front loading a perception of “vacant” has a harmful side effect of creating a nonchalant, slow, not a big deal “just another vacant structure” mentality. All the while, someone may be inside.

One of my crews rescued a 60+ year old man out a structure that the initial crews took for “vacant” based on appearance and had been operating in the exterior defensive mode for over 25 mins. When we arrived we could see areas of the structure that we determined could be and needed to be searched. So we asked to change from defensive to offensive based on our assessment and sure enough a victim was rescued and he lived. In fact he only spent one night in the hospital and was released.

Please stop front loading the term "vacant" and use another descriptor to identify potential risks. Once you have search the building the declare "all clear". Let's leave the term vacant to the real estate brokers. They are not interested in searching a building and saving anyone. It just means no one is paying right now to them.