What's your standard? The firehouse just got a new puppy...

In my Department's "Rookie Book" process, probationary firefighters have a 6-month series of monthly tests.  These tests consist of written questions & knowledge and skill-based material.  The goal of course is to insure and guide their growth after the fire academy, so that when they come off probation they are well versed in "fire department life" and well capable on the fireground.

The 1st month evaluation is conducted by the rookie's battalion chief. There are 18 questions and 8 skill categories, with several skills per category. The rookie must be able to answer any questions and demonstrate any skills that the battalion selects.  The BNC selects a minimum of 5 questions and 3 skills, but has the discretion to select as many more as he likes. 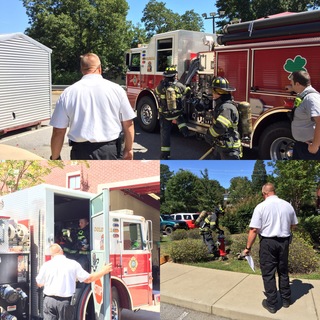 Yesterday I watched 4 of our rookies be evaluated, but I got to watch one rookie's eval from start to end. This battalion chief decided he would ask every question and cover every skill. He challenged his probie and made him work for it. And when the rookie did well, he had earned it. 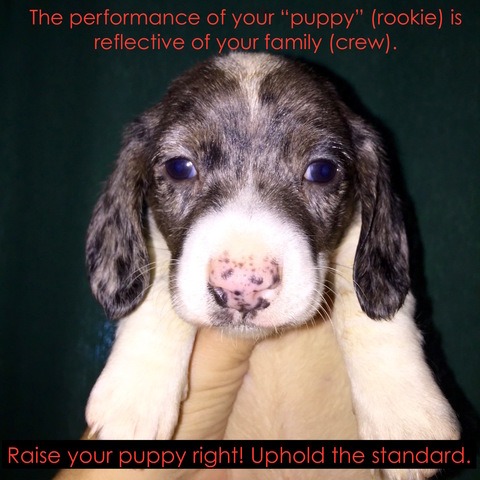 When a firehouse receives a new rookie, probie, whatever you call it - it is as if that firehouse has just adopted a new puppy.  As those of you who have raised a puppy know, the puppy is not just the responsibility of dad (captain), mom (engineer), or big brother (senior man).  The entire crew must chip in to watch the puppy, raise the puppy, and train the puppy to the house's standard.

So let me ask you this - if 6 months after you get him, your new puppy (rookie) walks in and craps on the carpet, who's fault is that?

It's not the puppy's.

In watching the growth of a rookie, and their evaluation, the standard of that company, battalion and shift is clear and evident. Is mediocrity accepted? Is meeting the "minimum" the goal? The training and performance of a company's rookie is just another clear indicator of what can be expected on the fireground.  I can tell you that yesterday I watched the faces of this rookie's crew just as much as I watched the rookie.  And what I saw was pride, investment, and family.  These guys were pulling for their new man, proud of him, but unwavering in their expectation to uphold the family (company) name. When I saw that, I thought "bingo". So I can't pinpoint which part I'm more proud to see.

So for those of you raising a new puppy, remember - that puppy's performance is a direct reflection of your family, and your family's standards.  Raise the puppy right.