It is essential that both paid and volunteer engine companies understand how staffing shortages will affect their company’s operation at a fire because operating under staffed will greatly change the way they need to think and act at a structure fire. The difference in minor actions and decisions by the company will greatly affect the fire’s outcome and the overall performance of the company.

One of the first things the pump operator and officer need to consider when responding with an engine company that is short staffed is how they will obtain a water supply. Many departments have SOP’s/SOG’s that address whether the first due engine should establish their own water supply or leave it for a later arriving engine company to establish. Pump Operators on an engine staffed with only three or four firefighters need to think beyond what is listed on paper. They need to conduct a size up of the scene from their perspective as the pump operator to decide what actions they can take that will benefit the company the most. There are several options that a pump operator has when establishing a water supply.

First, let’s consider that you are the pump operator responding to a reported residential structure fire on an engine staffed with a crew of three, the officer, a firefighter, and yourself as the pump operator. As you make the turn onto the block of the address, you can see that flames are visible through at least four of the second floor windows of a two story wood frame house. You cannot determine if there are any exposure concerns from down the street and there is a hydrant approximately 600 feet away from the structure that you will be passing to reach the fire. At this point, both you and your officer have to make a decision. One choice is to stop at the hydrant, having your only firefighter get off the engine to secure the hydrant and establish a water supply as the engine continues down the street to the fire laying a supply line.  Remember, that this decision leaves the firefighter at the hydrant, 600 feet away from the fire. After the firefighter establishes the water supply they will then need to make their way back up the street to pull the attack line. This decision may be reasonable giving the heavy fire visible from down the street since the booster tank water most likely will not be enough to extinguish the fire. This may also be reasonable in cases of heavy fire showing, like in the above scenario, and when you know the second due company will have a delayed response time. If the initial reports indicate that there are no trapped occupants and the officer is calling for a defensive attack then taking the time to secure a water supply may not be a terrible idea. Do not forget that all of this is asking a lot of the only firefighter you have with you. After checking the hydrant, making the hydrant connection, waiting for the order to charge the supply line, and making their way to the scene, the firefighter will then need to stretch the attack line and advance it to control the fire. All of this takes time and will significantly delay getting water on the fire whether it is direct attack or exposure protection. This also gives the fire time to continue to grow and spread.

Now, let’s look at a different option that could be taken by the crew that would be more effective for the limited staffed crew. Again your engine company is responding to a reported structure fire in a wood frame residential structure. The status of the occupants is unknown. As you turn onto the street you can see that you have smoke with fire showing from one window on the first floor of a one story ranch style house. There is again a hydrant 600 feet from the structure that you must pass getting to the fire. This time you choose to make the most of what you have”, knowing that you have only a single firefighter with you. You again stop at the hydrant, but instead of leaving the firefighter at the hydrant like in the last scenario, here the firefighter simply wraps the hydrant with the supply line and gets back onto the engine. The company can then proceed to the scene laying a dry supply line. The firefighter will stretch the attack line which will initially be supplied by booster tank water. The pump operator breaks the supply line in the hose bed and connects it to a pump intake, this will prevent an over eager pump operator on the second due company from charging the supply line while it is still in the hose bed. The officer will have to notify the second due engine company that a dry supply line has been laid from the hydrant for them to connect when they arrive to establish your water supply. These actions will allow your firefighter to stretch the initial attack line and make a push to control the fire much quicker than in the last scenario. It is very possible that the amount of water carried in the booster tank will be enough to control the fire. If there is a trapped occupant, the line can be put in place to provide protection for the occupant much quicker by only laying a dry supply line and initially using booster tank water. This will allow the occupant some extra time until they can be removed from the structure. It is very important to remember that whenever you initially operate using the booster tank you need to begin refilling the tank as soon as possible after the water supply is established. If the water supply was to be lost, the amount of water in the booster tank will be all that is supplying the interior crew’s hose line, which will be their only protection as they make their way out. As pump operators, we do not want to jeopardize our interior crew’s safety because we forgot to refill our booster tank.

Another option is to bypass the hydrant all together, noting its location for the next arriving company to stop at, wrap, and lay a supply line from. This will again leave your firefighter on the engine to pull the attack line. However, you will be limited to the amount of water carried in your booster tank. In this case the next arriving company will take a longer amount of time to get you a water supply than in the previous scenario because the line has not already been laid in dry, needing only to be connected and charged at the hydrant. Instead, the second due engine company now has to pull the supply line from their bed, wrap the hydrant, lay into the scene, disconnect the line from their hose bed, and connect the line to your engine’s intake before charging the supply line at the hydrant. A decision to bypass the hydrant may be a reasonable choice if you have only light to moderate smoke showing and a fast knock down of the fire is expected by a fast, aggressive, interior attack that will only require minimal amounts of water. 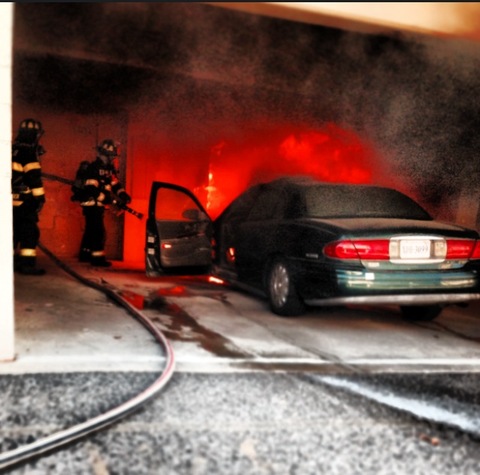 Photo 1: The Pump Operator has to size up the scene from their perspective to decide if & when a water supply will be needed. For a small fire, a quick aggressive attack using tank water might be best.

If you are lucky enough to have a four member engine crew the same considerations should be taken. Do not automatically commit one of your two firefighters to establishing a water supply simply because you have an extra person. By choosing to leave one firefighter at the hydrant you are limiting how much can be accomplished at the scene. By laying a dry supply line into the scene, leaving the two firefighters on the engine, one can assist with flaking out the hose line and assist with moving the line during the fire attack with the other firefighter serving in the nozzle position. This will also free up the officer to conduct a more thorough size up by not having to assist with stretching the line while still allowing the line to be placed quickly into service by the two firefighters.