On more than one occasion, I have heard firefighters complain about SOP’s, specifically how they can’t be written for every situation and or you are putting us in a box.  This could not be further from the truth.  What we are doing, is establishing a game plan for specific incidents and the operational concerns that they pose. In recent years, dedication to getting the job done correctly and doing so while operating within the SOP has shown me the great ingenuity and decision making skill that our company officers possess. This is directly opposes the notion, that SOP’s in anyway, takes away the Officer’s ability to make decisions. 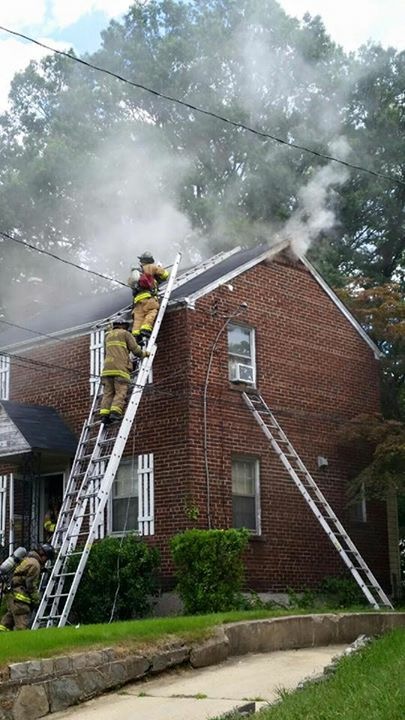 An example that I want to share was a recent house fire in Washington DC. The District has some of the most comprehensive SOP’s that I know of and on a daily basis, the unit officers ensure they are followed with great consistency. Regardless of the type or size of the structure, DC sends a standard compliment of suppression apparatus to the scene. Each unit, based on dispatch order, has an assigned geographic area that they are expected to cover, ensuring at least two independent water supplies are established and supplied as well as ladder coverage on all sides of the building. Assigned tactical expectations confirm, attack lines are properly positioned to contain the fire and control extension and primary and secondary searches are completed in a timely manner.

My goal here is to show officers that by having strong knowledge of your response area, and a willing and motivated company officer. Your decision-making capability is expanded by developing and utilizing SOP’s as long as you take the time to train on them, and understand that the basis of these procedures is to set the fireground, and your company up for success. In Washington DC the 2nd due engine on the box is assigned to cover the rear of the structure. This unit is responsible for positioning the rig in the rear, or as close as possible to the rear. Providing a rear report and advancing a line into the structure at the direction of the Incident Commander.

This house fire is a two-story dwelling with the first engine and truck operating on, and through the alpha side of the structure, a standard execution of the SOP and a very simple operation to accomplish. Now the rear companies had a little more of a challenge, completing their assignment. The company took the path of 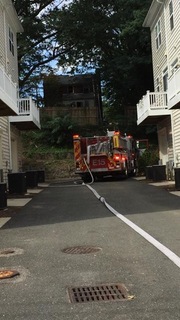 ensuring that they were in the correct position and delivering on their tasks as dictated by the SOP. Rather than come up with an excuse as to why they could not complete their task, which would have been the easy route. The officer and crew had an excellent knowledge of their response area and executed their assignment without fail. They positioned on the Charlie side of the house then threw a ladder to access the rear yard due to topography ,and advanced their line to their assigned tactical position. Their task involved a number of fireground skills to be completed before they reached their objective. The success of their assignment, without fail came from training, more training, repetition and commitment to Getting The Job Done! Now ask yourself if you and your company are ready to follow the procedures by using all your practiced skills without allowing laziness or complacency creep in….