Everytime I turn around it feels like I’m being told to change. I’ve been told my thought process is outdated, my tactics are obsolete and, even worse, that I am dangerous. A lot of change in the fire service is driven by NIST 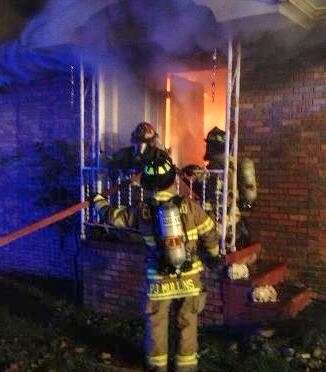 /UL research. A lot of beneficial information has come out of that research, information that has allowed firefighters to better understand what is happening on the fireground. I fully support their endeavors and am grateful to have them looking out for firefighters. However, there are individuals out there who hijack this information to push their own safety agendas. These individuals preach the dangers of the modern fireground and conclude that we must change our time-tested tactics in order to ensure firefighter safety. I think most of us would agree that firefighting is not a safe activity, but is it really that dangerous? When I became a firefighter, we were consistently ranked as one of the top 10 most dangerous professions, but it seems that we slide farther down that list every year. Is this job really (as the sticker in our helmets tout) “an ultrahazardous unavoidably dangerous activity?” I believe we are being distracted by discussions on tactics and are ignoring the real killers of firefighters, heart attacks and motor vehicle accidents.

I took a look at the numbers on the U.S. Fire Administration website (usfa.fema.gov). The results were not all that shocking to me, but may be to those that tout their bravery for doing such a “dangerous” job. Most people who brag about how dangerous this job is rarely look past a top 10 most dangerous jobs list. If they do, they just throw out the disgusting statement, “We average 100 deaths a year.” That statement disgusts me because it trivializes the death of a human being, reducing lives to nothing more than a statistic; these were REAL people with loved ones who suffered incredible loss. We owe it to these people to learn from their deaths. But we can’t really learn if we don’t know what’s causing the deaths. So let’s look at the numbers.

Now, if you take these numbers and substitute them into the equations used to create a list of the most dangerous jobs (deaths per 100,000 workers), you’ll see some pretty interesting results. 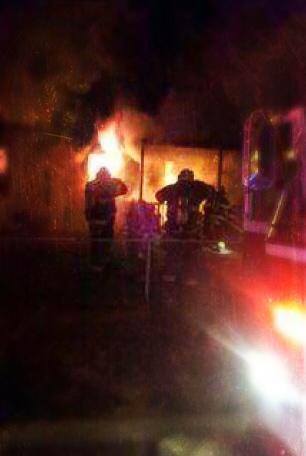 You take the number of firefighters in the country, 1,140,750 in 2013 according to the NFPA, and divide that by 100,000 which gives you 11.41. Then take the average number of deaths per year, 13, and divide by 11.41. This gives you 1.14 deaths per 100,000. According to the Bureau of Labor Statistics the average fatal death rate for american jobs in 2013 was 3.2 deaths per 100,000 people. Do yourself a favor look up where that places the fire service on the list of most dangerous jobs. I guarantee that you'd be embarrassed to tell people what jobs are more dangerous than being a firefighter.

It seems to me that the most dangerous part about being a firefighter is not actively fighting fire, but the lack of attention and understanding of the true causes of death in the fire service. If we never performed interior operations for an entire year, we’d still lose about 87 firefighters! So why are we focusing on tactics instead of health, fitness, and response safety? I am not quite sure I know the answer to that question, but I have a few guesses. I would like to know the amount of money being spent to train department on these “new” tactics (most of us have been using these techniques when applicable for years) and acronyms. Maybe one day, people will stop worrying about making names for themselves or making money and start focusing on what is really causing firefighter deaths.