Am I My Brotherhood's Keeper?

I’ve witnessed that same sentence uttered or typed several times in the last few weeks.  It’s out and out poppycock.  Balderdash.  Claptrap.  Malarkey.

If service and selflessness are the foundation of this profession, then brotherhood is the mortar that holds all the other pieces of our house together.  Without brotherhood, we fall apart.  There are those in the fire service that truly do not appreciate that fact, nor do they care about the repercussions of lost brotherhood.  There are also a handful of vocal pessimists who see only the bad seeds that sprout dandelions even while standing in the midst of a garden ripe with fruitful results.

My department recently lost a fireman to cancer.  A few days after his funeral, a rookie firefighter made the above comment that, “Brotherhood is dead.” I asked if he had attended the funeral, to which he replied that he had not.  I explained to him that, had he been there, he would’ve seen one of the strongest outpourings of brotherhood a fireman would ever experience in his life: how we come together to handle a death.  In addition to our department’s attendance creating a standing-room-only crowd that overflowed into the halls of the funeral home, we also had attendees from surrounding departments and as far away as FDNY.  People who never knew the man we laid to rest came, not for the deceased, but to show support to his brothers in a time of sadness and loss.  Another department lent its honor guard and a specially built funeral truck for carrying the casket.  Our fallen fireman’s crew was able to attend the funeral, which fell on their shift, and not have to worry about going back to work afterward, because every single one of their spots was covered by someone from another shift for the whole twenty four hour period.  If that’s not brotherhood, I don’t know what is.

In addition to our own member, there have been a number of other firemen in the area who have battled the Big C.  Despite belonging to different departments, the entire metro area has come together and attended several huge fundraisers to help the families of these men deal with the medical expenses and loss of part time job income while undergoing treatment.  One of our members fell ill and required weeks of regular doctor’s appointments.  Someone set up a schedule with a signup sheet for people to volunteer to drive him to his appointments.  There are so many examples of brothers coming together to help each other in times of sickness and need that I couldn’t possibly list them all here.

Lest ye think that brotherhood only occurs when bad things happen, I shall share another anecdote.  One of the co-owners of Brotherhood Instructors lived up to his training company’s name when he randomly sent me a DVD of forcible entry videos simply because he knew I would like it and learn from it.

I could go on and on about individual examples of brotherhood.  They’re all around us, all the time.  Entire organizations exist to promote fraternity and firemanship, or to help firemen in need.  The Fraternal Order of Leatherheads Society, or F.O.O.L.S., has both of those goals in its mission statement.  The Terry Farrell Firefighters Fund is a nonprofit group that not only helps firemen and their families facing hardship, but also donates equipment to departments facing hardship.  These are not individual efforts; they are monstrous tasks whose successes are dependent on brotherhood.  Then there are the social media pages and groups dedicated to fostering and spreading brotherhood through educational discussion.  I don’t think that the positive influence on brotherhood in the fire service through the internet can even be measured.  The web connections made through Facebook and other sites have allowed the bonds of brotherhood to expand past our own departments and regions into other states and countries.  The DVD I mentioned above? It came from a brother in Canada that I only know through Facebook and phone conversations. Canadian postage on my DVD.

What I’ve described so far are just my own personal, most recent, observations of brotherhood.  My entire career has been molded by a long list of firemen exhibiting brotherly love and interest in my knowledge of and passion for the traditions and skills that make this the best job in the world.  If you find yourself thinking that brotherhood in the fire service is dead, consider the following questions:

Are you suffering from a lack of brotherhood that is solely your own?  Either because of real or perceived slights or offenses against you, you may have a poor outlook on your department or the fire service as a whole.  Maybe you’re a misanthropic mope around whom no one wants to be.  If that describes you, brotherhood may in fact be all around you, but you’re unable to see it.  Or you may be one of a few true brothers in a department full of selfish “employees” with no sense of brotherhood.  Again, if that’s you, brotherhood is out there, you just have to look further.  Are you just muttering about how brotherhood is gone, or have you done anything to change things?

Complaining about a lack of brotherhood does nothing to better the situation and in fact makes it worse.  Grumbling brings other firemen down or pushes them away, which is the opposite of brotherhood.  Instead, focus on how you can improve the status of brotherhood.  Start with yourself and what you can do to promote brotherhood.  Work from the smallest groups to the largest: from the company level on up.

If your crew doesn’t do things together, start there.  Eating together should be a requirement for every single fire station, even if every member brings his own food from home.  The act of cooking and cleaning together is also beneficial, but sitting at the same table at the same time promotes the kind of familial bond that nothing else can.  Stay together around the firehouse.  One of the worst things to happen to modern fire stations is individual dormitories and a million rooms where firefighters can go and be alone.  Brotherhood is about being part of a team, and nothing breaks down a team dynamic like individualism.  Each of us is a unique little flower, but we’re not here to be the rose in a bullfighter’s teeth; we’re here to bring those flowers together, make a parade float shaped like a bull, and charge ahead as a team.  Sitting in the dayroom together, even if you’re forced to watch a marathon of shows about hunting ghosts and Bigfoot, is still better than being by yourself if brotherhood is your goal. 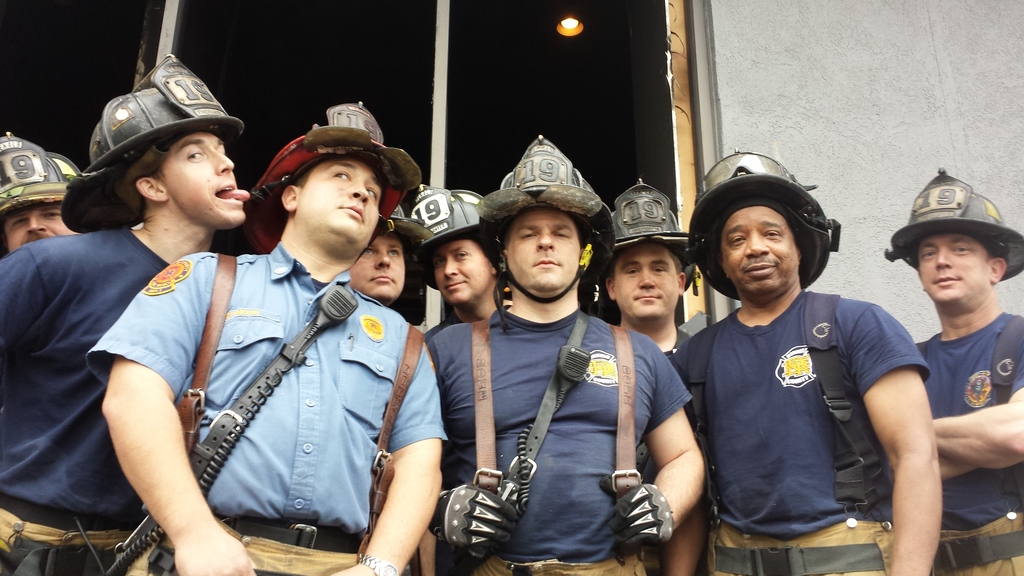 Once you’ve got some unit cohesion, it may be time to seek some off-the-clock bonding.  Your crew is your family, and their families are your families.  Try to get together every now and then in an environment that does not involve work.  A backyard cookout, a restaurant, bowling; it doesn’t matter where, because you’re together.  And that’s brotherhood.

About 60 brothers filling every table at an Irish pub.

At the department level, achieving buy-in on brotherhood can be difficult when it’s been deficient for a while.  My department has had battalion and shift-wide off-duty gatherings, from parties to ski trips.  If you asked past attendees, I’d bet you couldn’t replace the memories and bonding that came from those trips.  Organize something.  Give people a reason to come together, and they will.

Promoting brotherhood regionally is probably the hardest for a single individual to accomplish.  It truly takes a brotherhood to spread brotherhood at that level.  Luckily, those brotherhoods already exist.  F.O.O.L.S. chapters are all over the place.  If there’s not one that covers your area, START one.  F.O.O.L.S. International will help walk you through the process, as will most other chapters.  They all started with a group of brothers who wanted to spread brotherhood.  There are major regional conferences and training events that also spread brotherhood and promote firemanship.  Here in Atlanta, we have the Metro Atlanta Firefighters Conference (MAFFC).  MAFFC is an annual training event sort of like a mini-FDIC, and it brings instructors and attendees from the local, regional, and national levels.  In other areas of the nation, they have similar multiple-day training conferences that serve the same purposes.  These conferences didn’t just start themselves; groups of brothers came together with a goal and put in hard work to get them off the ground and help them grow. 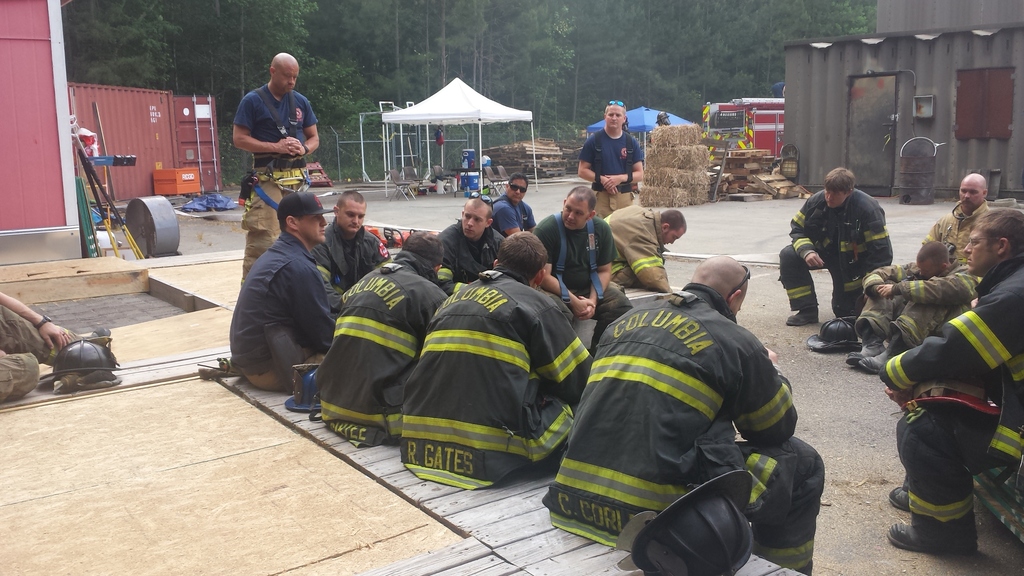 Nationally and internationally, FDIC and FRI are just two of the many major conferences open to firemen who want to better themselves and the profession.  These events also offer an opportunity to network and meet brothers from all over the world who share the same passion.  The last few years have seen a massive growth in the social media side of firefighting education.  While this “Facebook Firefighter” explosion has its occasional negatives, one of the biggest and most positive effects is that of a more expansive brotherhood than ever before.  Now a lieutenant in Snohomish County, Washington can have a discussion with a fireman from Las Vegas and a fire chief from South Carolina that doesn’t just benefit or involve only three people; the whole firefighting community can read and participate in the discussion.  This builds knowledge, but it also builds brotherhood.  We share not just an occupation, but a passion and a calling.

So is brotherhood dead?  No, brotherhood is alive and well.  Like a garden, brotherhood may require some tending and watering.  You know what’s great about it, though? Brotherhood is like the water AND the plant.  You pour a little brotherhood into some dry, barren soil, and more brotherhood sprouts forth, grows, blooms, and bears fruit.