Through the analysis of many line of duty death reports and close calls, the one stand-alone take away that I believe has been fully embraced and is in my opinion become a standard in today’s size up is the 360 degree evaluation of the structure immediately after arrival. But; as with most of our tactics this procedure has been honed on one particular type of dwelling, the residential structure. Doing a lap around an 80’ X 65’ can be done relatively quickly and in doing so can provide extremely Important information that we can utilize to initiate our attack, ventilation, rescue, etc. What about a 360 when arriving on the scene of a reported fire at a hardware store located in the middle of a commercial block built in the late 1800s? In this article we will look at some helpful hints when conducting a size up of a Main Street commercial, the size and particular hazards specific to these buildings mandate a thorough analysis prior to launching a full attack on a working fire in these buildings.

ARRIVAL VIEWS FROM THE FRONT

When arriving at the front of a “Main Street” building, one of the first considerations must be to ascertain the construction, prior knowledge quickly erases this primary factor but if this isn’t known immediately here are a few helpful hints in quickly identifying possible Type III construction:

If you are unfamiliar with any of these I have provided an example of each below, but I must further emphasize that your knowledge of building construction has to be more than “trusses will collapse” knowledge of the fireground begins with an intimate knowledge of the enemy and that enemy is the building, get out into your district and your Main Street is mandatory prior to the event.

In determining the era or vintage of the building prior knowledge and a relationship with your local building department or fire prevention bureau can help you obtain the approximate age of your main street buildings, another great tip is to look up, when scanning the front of the building on your 360 check for any stones displaying the year the building was constructed. Many older buildings and blocks were named after the owner or prominent citizens their names and year built may be a clue to the era or vintage of building you are looking at.

While not in the forefront of a firefighter conducting a 360 on a residential, the age of the commercial structure can assist in your decision making, as construction DRIVES your tactics, renovations may change things but always stay ahead but knowledge and recon prior to your fire. Author Photo The “Kings Row”, indicating unreinforced masonry, be cautious as newer buildings make feign the look of yesterday and apply this subtle accent.   Photo by Author

Again, knowledge prior is power, but if you find short recessed windows this could be an quick scan indicator of a wood frame building with a single course brick façade, fire travel can race between the wood frame and masonry façade, and to get ahead it’s important to know if you have a Type III or Type V building. 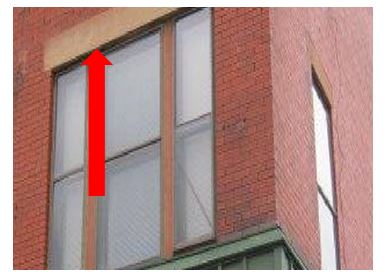 The lack of a king’s row and the shorter recessed windows may indicate Type V wood frame construction with a masonry façade. Author Photo

It cannot be overstated that one of the biggest issues with a “Main Street” building will be the voids allowing for vertical and horizontal fire spread, a quick view of the exterior on arrival may give you a quick view of things to come. The once high ceilings and windows of these buildings constructed to allow light and adequate ventilation into the building prior to fluorescent lighting and modern HVAC have most likely been lowered thus allowing a large void space that can quickly become filled with fire and violent smoke. Look for the high windows and even the drop ceiling view through the window.

The Main Street 360 also has to include a focused scan on the façade to ascertain if any structural braces or “stars” indicating a weakened structure, these metal braces while strong under non fire conditions can expand while being attacked by fire further causing concern for the incident commander. 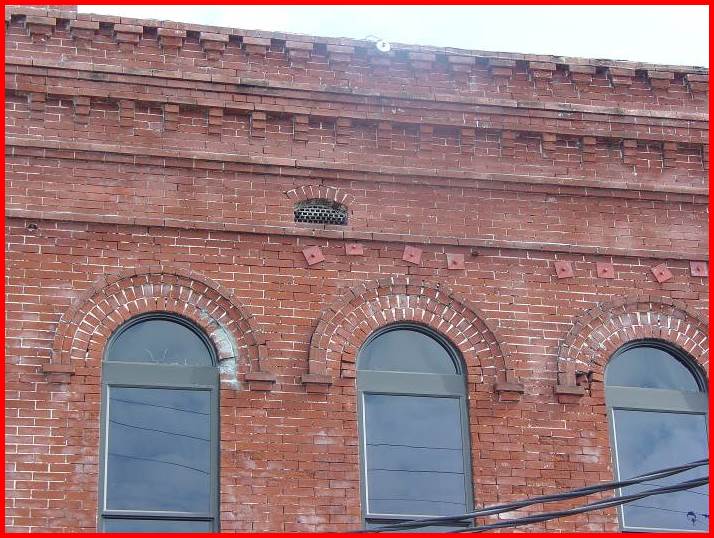 Note the presence of braces and structure ‘band aids”, difficult to determine in the dark of night the best recon for these is done during preplanning exercises,be alert for them on your 360.

Ok, so now how do you quickly get eyes on the rear? This can be a tricky process that due to the size of the block can at times be neglected until additional resources arrive. I urge you however to get some type of reconnaissance as soon as you arrive most Main Streets were once the hub of shopping and living and may still be this means that they also probably have some type of rear alleyway or drive so goods could be delivered without interrupting daily activities. The rear will also most likely give you an indication of what is going on if anything in the basement, most Main Street basements will have direct access in the rear; if your Main Street block is elevated on the A or front side your basement access will be of a “walk out style” likely on the Charlie or even more likely what will appear to be three floors in the front will be four in the rear counting the basement.

Another important factor in getting eyes on the rear is the placement of fire escapes, Main Street structures with any type of upper floor occupancy will most likely have fire escapes, these must be included in your 360, are trapped occupants escaping? Do they need assistance? Are the escapes in good shape? All questions that need answered during your Main Street 360. 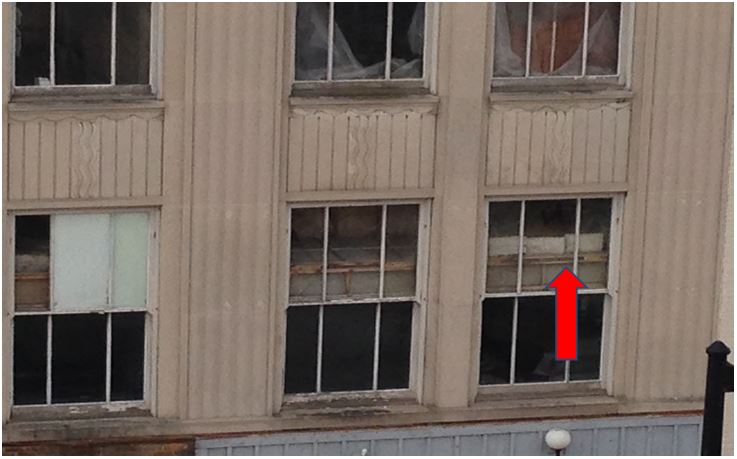 The arrival view of the front of this three story building displays a large void space above the second floor, photo by Author 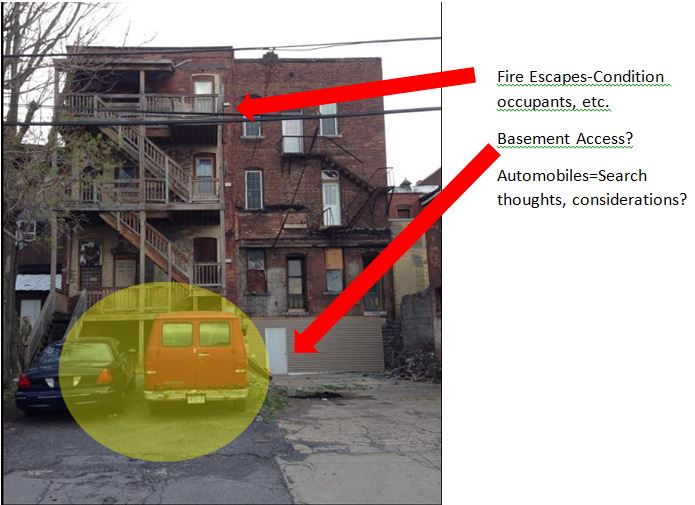 On your 360 note the presence of heavy canopies, awnings, and large signs both on the building creating an eccentric load and on the roof, a mental note of these and their hazards needs to be added on your initial size up they may not come into play immediately but if the fire progresses these items have injured and killed many firefighters in collapses.

Residential vs. the Main Street 360

When training in incident command or in younger command officers in size up do we as a fire service differentiate how to do a 360 on a residential versus a commercial? If you do, great but in my experience I have seen the 360 lumped into one size fits all structure. Yes, we want to hit the same things as in fire location, obstacles, exposures, etc. but the main street 360 needs to focus on several specific items that are not found at your everyday residential fire event.

Be safe,recon your buildings and practice the main street 360! This are valuable building construction features to look for.  Considering the depth and shapes of windows are key building assessment points I had not previously considered.  In our department, we utilize the EMS crews, most of whom are firefighters detailed to that duty for the shift, to assist with "completing" the 360 on the "D" side.  Thanks for the great info and photos!