Calling the Mayday with WWW

“MAYDAY, MAYDAY, MAYDAY”. That is a sequence of words that we hope to never hear on the fire ground, and we hope individually, to never have to say. I think in the end, when firefighters perform the task they’re supposed to do, which is putting themselves between life and fire; we may end up in situations and events that could lead to a MAYDAY transmission. The MAYDAY transmission is one thing I believe firefighters need to perfect. We may only get one shot at calling it, and when that shot comes, a mistake could mean the difference between life and death. If it’s that important, why are we making it so hard on ourselves? I know practice makes perfect, but let’s be honest; when the stuff is hitting the fan how much of this information do you think a distressed firefighter is going to perfectly recite? The better question I’ll ask you is: How much of it matters in the very beginning of a firefighter’s emergency situation?

I use to teach LUNAR to firefighters when teaching firefighter survival and MAYDAY situations. We drilled and drilled and drilled on it until we got it perfected. I realized that when firefighters were really put to the test, almost out of air, 150 foot left on a spaghetti drill, heart rates elevated, blood pressure building, and you placed a piece of wood over them and applied some pressure to simulate a collapse and told them to call their MAYDAY report, most of them skipped a section or two of LUNAR. Why? How is this possible? We just spent hours of classroom on this. We just spent hours of hands on material on this. What happened? Then I analyzed the information they did give to the Incident Commander in their MAYDAY transmission and the material missing wasn’t that big of a deal. I realized right then, that we shouldn’t make these MAYDAY transmissions any harder on ourselves than we have to. Why are we placing all of that information on the feet of a downed firefighter in distress that’s fighting for his/her life? Why are we making a 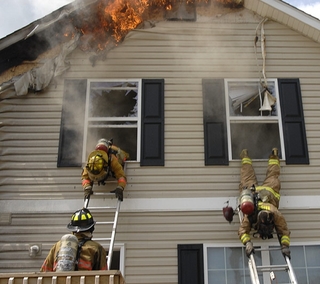 firefighter who is in zero visibility, lost, and air dwindling down recite all this to us from the very beginning? That’s like department MAYDAY SOP’s that say “The downed firefighter should change to channel 16.” There are a lot of fire departments who do this, the FDNY probationary manual states they should do that. WHAT??? You want this firefighter who is struggling for his life to take the time to switch channels? Why can’t he stay on his channel and all the other fire ground personnel change to a channel, after all aren’t they all able? I’m not saying the information in LUNAR isn’t important, it very much so is, what I am saying is: Why can’t the Incident Commander outside in a much better environment and sense of mind talk to this distressed firefighter to get that information once the critical information is called. That critical information is: Who are you? Where are you? Why are you issuing the MAYDAY? This is the WHO, WHERE, WHY transmission, or WWW. That’s much easier for a distressed firefighter to remember and recite.

When we boil LUNAR down, all the firefighters assigned to rescuing the downed firefighter (RIT, RIC, FAST Crews) really need is: Where he is and what happened; so they know what specialized resources they need to bring in with them. We get all that information in the WWW. It doesn’t make a difference if he is on Squad 5 or Engine 33, the bottom line is a brother needs help and we have to get him out. The unit information is needed later to cross match with the accountability system, but right then, it’s not that necessary of information. The Incident Commander can get that information after the WWW is issued.

Command: “Command to Firefighter Menard”
Firefighter: “Go ahead”
Command: “Chad, they’re coming to get you buddy. Are you mobile or stationary? They’re on the way, just remember to calm down and slow your breathing the best you can. Can you tell me how much air you have left?
Firefighter: “10-4 Chief, I’m mobile looking for a window now to exit and I have 2800 PSI left.”
Command: “Ok buddy, they’re on their way. What unit were you with?” 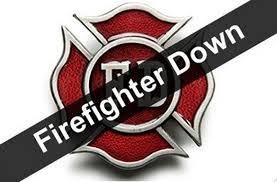 That’s just a quick, short example. It seems easy on paper I know. In the end, I think it’s more effective. The Incident Commander can offer a calming voice to the distressed firefighter while asking the other necessary questions. We aren’t placing all that information on the distressed firefighter from the onset but we do get that information while working through the MAYDAY situation. The firefighter in distress will calm some just knowing his brothers are coming for him. Can you imagine being down in a basement, broken leg, and hear the IC say “They’re coming to get you.” Man what a relief that would be. It isn’t a maybe they’ll get you or they’re trying to gain access, it’s a “They ARE coming to get you!”

There are so many variations of acronyms to use to remember what information should be said in a MAYDAY transmission. There’s LUNAR, ESCAPE, UCAN, and more. I believe that can all be effective but in the end all that matters is who you are, where you’re at, and why you’re calling the MAYDAY? It takes training to get good at what we do and to be prepared for the next incident. When preparing for issuing the MAYDAY, try the WWW method next time and see how it works for you and your department.

Thanks Mark! You have some awesome articles your self! Keep up the hard work!

We base all of our communications off of CAN reports.  We use NUCAN:

F - Fall (You go through, or something falls on you)

C - Collapse (You are pinned and cannot move)