When you get promoted from Firefighter to Driver/Engineer there can be a host of emotions that come over you. 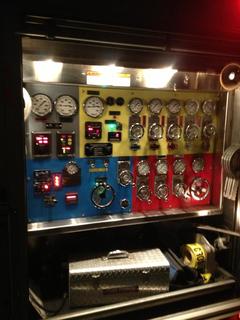 When you first hear the news there is a great deal of excitement. There is a rush of happiness because the results of your hard work, training, education, and hours on end of studying friction loss equations, sprinkler systems, map books, fire department connection locations, and much more has proven worthwhile and you succeeded. Congratulations, but your job is far from over. Just because you are now responsible for driving the rig to and from calls, pumping water, aerial placement, and more doesn’t mean your job has gotten easier. If anything, it actually got harder. The Driver/Engineer is like the Company Officer’s right hand man. He needs to know the firefighters job, his job, and the Company Officer’s. He needs to be just as wise as his right seat counterpart. When you move up the chain of command there comes more responsibility at each level, the higher you go doesn’t mean the higher your sock feet can get in the recliner. You have to maintain a hard work ethic, lead by example, and continue to be a part of a working team. 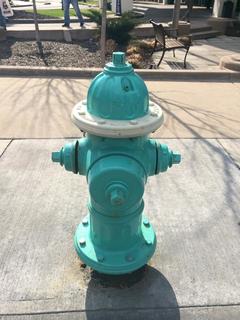 Small scale actions serving a larger purpose is something that Driver/Engineers can have a huge impact on and each small task adds up to be an integral part of a much larger scene, this scene is where we are all trying to accomplish the tasks of protecting life and property on the fire ground. It all starts with getting to the scene safely but once the rig is parked, the air brake is pulled, and the pump is in gear your job is far from done. You need to be a tactical driver. There are a lot of small scale task you can do to aid in a successful call or not. Your job isn’t to just pump water through hoses, know friction loss equations, and to know where things are on the rig. I want to take a quick look at what will make you a tactical driver; these are the things you can do to make the scene smoother and more successful that go above and beyond the “regular standard”. We know as Driver/Engineers it is our job to secure a water supply and to get water to the nozzle. We don’t always lay our own line in; this may be due to a particular call or because your SOP’s state the second due company lays in to the first due. So you’re on scene, smoke and fire is showing, the initial line is stretched and charged, they’re making a push on the fire, and there isn’t a plug close enough for you to hand jack on your own, now what?

ers. These same people don’t understand why I am so big on such a bulky and hard to work with piece of equipment. The bottom line is that this bulky and heavy piece of equipment is a MUST HAVE! It’s a life saver for potential victims, our brothers inside, and they’re used for vertical ventilation, gaining access to windows for VES searches, and more. So, while they’re making the push and you’re awaiting the next due crew with your water supply, THROW SOME LADDERS. When the Vent Group arrives on scene you’ve saved them a step in making the roof and relieving products of combustion for the interior crews, you’ve saved the Search Group one less piece of equipment to carry to get into windows to search, and so on. This is not a hard task and with a little practice on the ramp the one man ladder carries and throws can be mastered in a mere 30 minutes. Vent sleds go under this category too but I’ll save those for another article by itself with pictures and videos.

2. Stretching, and I don’t mean your muscles, I mean hand lines. Wait, huh? You just said I got promoted from Firefighter to Driver/Engineer, why am I still leading out and making the stretch? Well, there always need to be at least two hand lines on the fire ground and depending on how deep in numbers your crew is you may have to assist the firefighters in making the stretch to the door while the officer knocks out a 360, if you have adequate numbers then we know that back-up lines are a must. The first one could burst or burn through at the doorway and the second line be needed right then and there and/or when the back-up crew arrives on scene that’s once again one less step they have to do to be ready to go “back-up”. Stretch those lines……Cleveland Loads can really help you here. 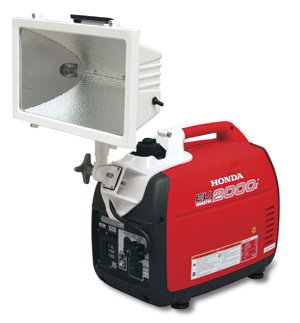 3. Scene Illumination. The National Fire Protection Association stated in its 2013 Fire Loss Report that firefighters responded to 1,240,000 fire calls in 2013, 487,500 of these were structure fires. Fire departments responded to a fire every 25 seconds and that means a large majority of these were in low light or dark times of the day. We know evenings, late nights, and early mornings create this hindering thing called darkness, and darkness can sometimes slow down our operation. We have to see what we’re doing right? We have 75-100 pounds of gear and equipment, limited dexterity of our hands, people are screaming, and loud noises all around us are some of the things that we’re already battling so why add darkness to the equation? Get to those flood lights and turn them on. Light the scene up, the command post, the roof for vent crews, RIT Staging Areas, and more. Light just makes everything easier. If you have portable Honda Generators or the cool new battery operated pedestal lights then stage them in various locations such as the rear of the structure and set them up for crews working at the areas.

4. Tools. What’s a firefighter without tools? I’ve actually asked a recruit firefighter this once, on a call, in the middle of battle. I turned and asked him for a particular tool that I had told him to always come of the truck with and he was empty handed. He could have sat in the truck and given me as much help as he did at that moment and he could see the look on my face and hear the tone in my voice that I was serious about sending him there; it became a true teaching moment, we adapted, and he learned the lesson. So again, what’s a firefighter without tools? You know more people are fixing to arrive and although they have their own tools and equipment you can anticipate other things that may be needed such as PPV fans, saws, hand tools, salvage covers, water cans, smaller A-frame or attic ladders, air monitors, scoops, shovels, and so on. So get this stuff off your truck and on the ground, just be sure to keep up with who is getting them and where they’re going so you can get them back on the truck when the call is over. 5. RIT Area. You can place the RIT tarp, get rope bags out, and gather some tools that will be used ONLY for them. They are bringing more equipment but this will aid them in speeding up the process and be better prepared for a possible deployment if needed.

Those are a lot of different task’ to handle and you won’t be able to perform them all. Each scene will require one of those options before the other. Be strategic and make that decision for yourself, but there is a reason I made ground ladders number one on the list and that’s because you can never go wrong with ladders (haha). It is also important to note that you don’t give the above options any precedence over your true job and that is pumping water and establishing a water supply; you have to get those pump discharge pressures set correctly and make sure everything is flowing and maintained before moving on to something else. If the plug is 35 foot away in the neighboring yard then grab it. It’s also your job to maintain situational awareness outside the structure for interior crews, especially if the officer is on the line with the other firefighters supervising or in FAST Attack Mode. You are his eyes and ears outside and should be watching fire and smoke conditions to update him if anything is rapidly changing, giving incoming crews updates, and somewhat be the “back-up quarterback”, after all the back-up quarterback knows the playbook too correct? The fire ground is our football field but we don’t have any timeouts. It can be a hectic and chaotic place but you can make it easier and smoother by doing these additional tasks and becoming a tactical driver. When you’re First-In, it’s YOUR call, regardless of rank, so be prepared!