One of the most important fire ground operations in these buildings takes place prior to the fire even occurring, it is called preplanning and it may make or break whether or not you make a save of the building and more importantly prevent injuries or worse to your members.  Even if your department does not have formal preplanning system getting your companies out of the station and into these buildings and taking photos of entrances, stairwell locations, etc. will be well worth the time. 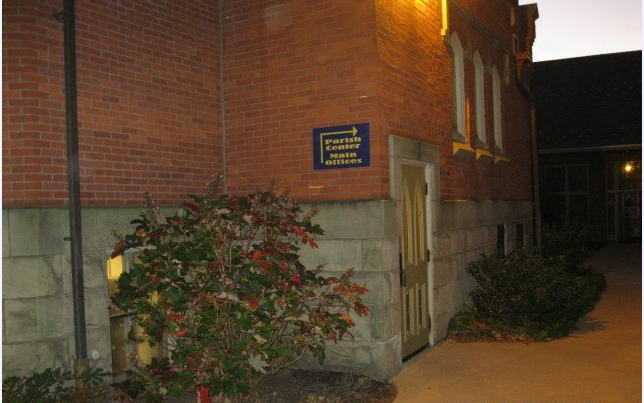 Pre-fire planning and company visits are a must, even if you simply take photos and review entrances stair way access, tunnels, etc. will put you and your crews in a much better position should fire strike.

Places of worship can be found in all types of construction types and locations in your city, I have seen them inside enclosed malls, strip malls, residential dwellings, etc. This one issue is one that can cause major issues as construction drives tactics and just because they are all the same occupancy the construction needs to be ascertained and again, that is best determined during pre-fire planning and familiarization.  This article’s focus is on size up, and is not an all-encompassing guide; you can never study too much building construction and its performance under fire, a lapse in size up was a noted factor in a line of duty death which occurred in Muncie, Indiana in 2011 see report at http://www.cdc.gov/niosh/fire/reports/face201114.html

This street in my jurisdiction has two churches on opposite sides of the street; the one on the left holds a house of worship inside an old Type III constructed building with a bowstring roof. The one on the right; a Type V construction wood trussed roof, two completely different structures but the same occupancy type, be cautious in utilizing the same size up considerations in these buildings.

Upon arrival at a church fire, if you plan on going into the offensive mode, be sure to be thinking what your defensive options will be also. 2 ½” attack lines should be considered as should the deploying of these lines with the teaming up of multiple companies.  Two firefighters will most likely fail if they have to stretch down into a basement or up a narrow wooden stairway into a choir loft, but four or five members may succeed and catch the fire before it spreads and overtakes the structure.

A pessimistic attitude is a must for an incident commander at a church fire; fire spread will be enhanced by the common materials found inside such as tapestries, varnished wood paneling and the years of wax vapors from the candles. 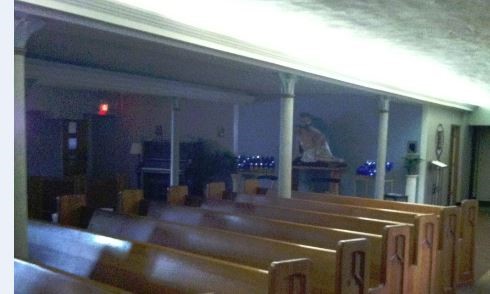 The wax vapors from years and years of candles burning inside may lead to even faster fire spread than anticipated. If you go offensive and the first line cannot knock down and control the fire you must consider pulling out of the building and setting up defensive operations.

The high ceilings encountered in these structures may hide high heat conditions, thermal imagers are going to be a useful tool in helping size up the interior. Venting of the “rose window” a generic term applied to a circular window usually found at the top of Gothic style churches is often quicker and safer than roof venting and is many times high enough to alleviate some of the trapped heat and smoke found in the upper areas of the sacristy. 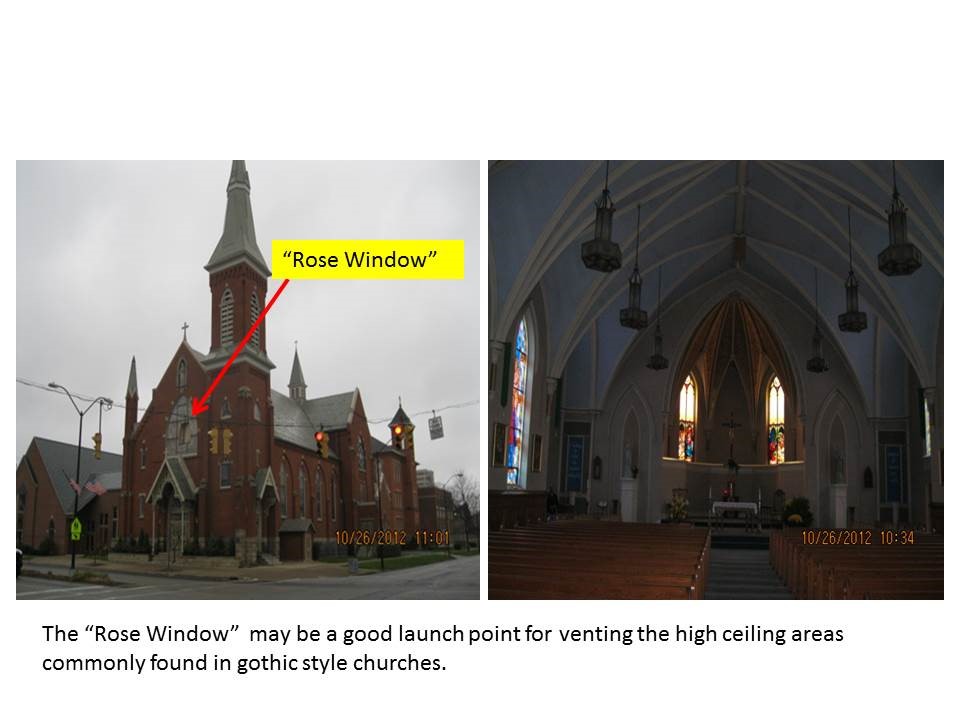 Apparatus Positioning at flanking positions on the corners should also be considered and apparatus placement is a key that must be measured UPON ARRIVAL no matter what you have showing. Just like the placement of the first line you will most likely only get one shot at apparatus positioning and the previously mentioned “pessimistic attitude” must be at the forefront when arriving. Once you go defensive especially in the older large Gothic style churches collapse must be anticipated and with that flying brands and the rush of air that takes place after the collapse of a wall high heat conditions affecting exposures. Be wise to the fact that all the water poured into the structure during defensive operations can cause catastrophic collapse during overhaul this was a factor in a double line of duty death that occurred in Pittsburgh in 2004 see report at  http://www.cdc.gov/niosh/fire/reports/face200417.html

•During the four-year period of 2007-2011, an estimated average of 1,780 religious and funeral property structures fires were reported to U.S. fire departments per year. The fires caused an annual average of two civilian deaths, 19 civilian injuries and $111 million in direct property damage.

•The vast majority of the religious and funeral property fires occur in religious properties. Only 4% were in funeral parlors.

•Although approximately one-third (31%) of the fires took place between 9:00 pm and 9:00 am, they accounted for 65% of the direct property damage.

•The 16% of fires that were intentionally set caused 25% of the direct property damage.

Churches are beautiful structures that many times stand the test of time; they are stunning spiritual buildings that are most likely the focal point of the communities we protect. It is up to us as firefighters to know everything we can about their construction and building performance under fire. Spend a drill night or your next duty day reviewing these buildings.

Below is a practice size up to utilize with your crews in a Gothic style church: a few of the many items to consider for discussion:

A Simulation you can utilize with your crews