With the advent of reduced pressure, breakaway nozzles the fire service was presented with the option of extending charged hose lines when coming up short. While ideally this operation is completed in a protected, non-IDLH position, such as a stairwell, the reality is that this operation is sometimes conducted in an IDLH , leaving the breakaway nozzle’s open bail vulnerable to being unintentionally shut off by moving Firefighters and equipment.

Traditional options for ensuring an extended hose line isn’t compromised by unintentional shutoff of the breakaway nozzle include webbing, the Velcro marrying strap used to secure a set of irons, and staging a firefighter at the breakaway. None of these options are optimal and each present their own challenges.

Company 16 ‘C’ shift is presently drilling with an option that is affordable, far easier to deploy, and will hold open a breakaway nozzle bail securely without having to stage a sentinel firefighter at the breakaway. This option was discovered by a member of Company 16 during a visit to a big box hardware store. It’s called a ‘gear tie’ and is essentially a re-useable rubber coated wire equipment tie that comes in high visibility colors and various lengths.

Here is a step-by-step sequence of using a 16-inch gear tie to secure a breakaway nozzle after extending:

1. Place bundle or hose to be extended at the breakaway.
2. Remove gear tie from pocket and form a U shape in the gear tie.
3. Run gear tie under nozzle, and run one end under the bail and one over top.
4. Twist gear tie ends together until taut. 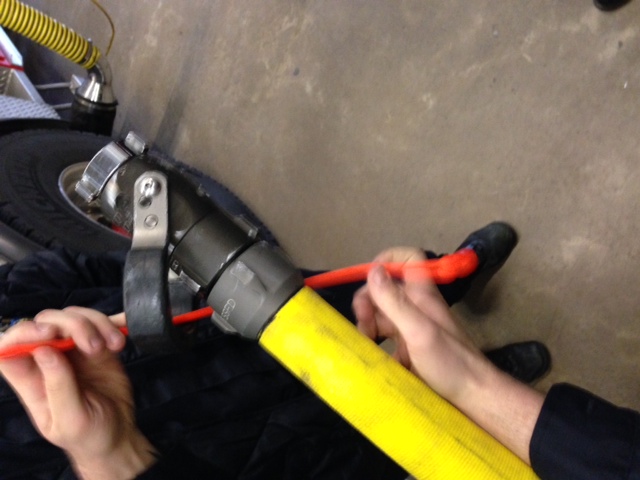 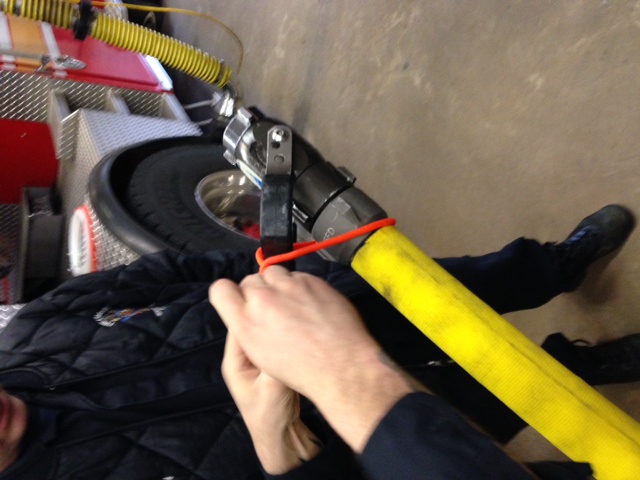 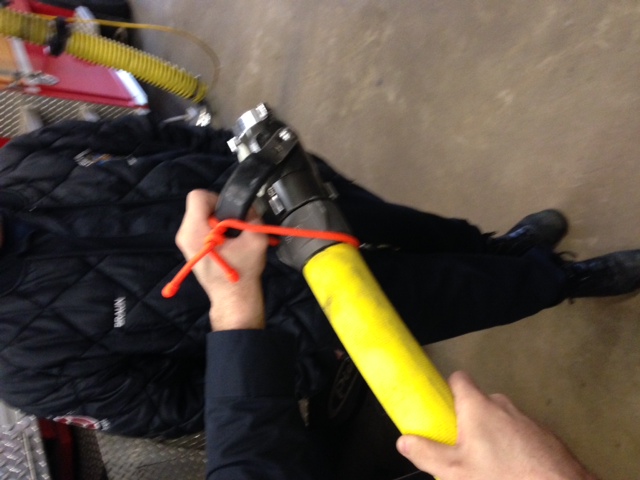