Rapid Intervention: A dreaded assignment or a progressive task for the elite?

Rapid Intervention: A dreaded assignment or progressive task for the elite?

Years ago, I hated to hear the words “Engine 212, take Rapid Intervention.” There was nothing worse than having to grab the assignment of RIT (before the terminology changed to “RIC”). You don’t get to fight fire, search, or get dirty and worst of all, you grab a RIT bag and stand in the front yard for hours.

In 2005, Captain Chris Wilson of the City of Raleigh Fire Department in Raleigh NC changed the world of Rapid Intervention for Engine 212 and many other companies in central NC. The concept of Progressive Rapid Intervention was introduced. No longer were crews simply standing around waiting for a firefighter to call a mayday while huffing and puffing because they were bored.

Who should be the Rapid Intervention Crew?

The most elite company you can find should be Rapid Intervention. Unfortunately, based on many organization’s “fire ground procedures”, this is not always possible. The solution? Train every crew in the organization, region, and state to operate as a rapid intervention crew to ensure everyone is the “elite” in this area.

* Disclaimer: Rapid Intervention Crew training should not take precedence over training on the basics of firefighting. It is the basics that will save your life and keep you from entering into a mayday parameter.

It is recommended that the Rapid Intervention Crew be established early in the incident progression to ensure protection for initial crews operating within the IDLH atmosphere. Many “fire ground procedures” have rapid intervention being established as early as the third due engine company or squad company. I recommend this set up with the first due naturally taking fire attack and the second due taking water supply if the first due doesn’t have one prior to their arrival. At no time do I recommend having a truck company or a rescue company establish rapid intervention. These special service companies are required for search, ladders, ventilation, controlling utilities, etc. that ensure incident stability and control.

What is a Progressive Rapid Intervention Crew?

What roles and responsibilities is the Progressive Rapid Intervention Crew charged with?

The Progressive Rapid Intervention Crew must maintain extreme focus at all times on the fire ground. It is not a time for chatting with old friends, joking around, or taking the job lightly. You are the tactical specialty unit that has the sole purpose of saving our own. Situational awareness must be maintained at all times through monitoring of all radio channels that are in use or may be placed into service, watching fire ground conditions, keeping orientation of where interior crews are operating, assessing any hazards that may exist on the fire ground and mitigating those hazards, and preplanning your deployment should the situation arise. Preplanning for a possible deployment is conducted by continuous crew briefings face to face, and by a continuous scene size up and periodic 360 degree walk arounds. Knowledge in fire behavior and building construction is required for successful RIC.

Throwing ladders for secondary egress and access is a major tool in the firefighter safety and survival toolbox. Any progressive truck company outside team will already be throwing ladders. It is the job of the Progressive Rapid Intervention Crew to ensure a sufficient number of ladders are thrown and that their location is announced through the communications system for all personnel on scene of the incident to hear and understand. The Progressive Rapid Intervention Crew needs to throw ladders that are in addition to those thrown by the truck company. Through incident situational awareness, there should be an understanding of where crews are currently operating, where they may be moving, and where they have been. This is achieved by assessing radio communications, reading smoke and fire conditions, and tapping into the crewmember’s experience from previous fire scenes and training.

Marking of windows and doors:

The Progressive Rapid Intervention Crew must have access to multiple flashlights and glow stick devices to mark doors and windows for interior crew orientation and identification of points of egress. Flashlights should be placed in any window or doorway that can be used as a point of egress. A solid beam of light should be emitted from the flashlight signaling the point of egress. It is not recommended to use a flashing light pattern as this can be mistaken for a distress signal.

It is recommended that the Progressive Rapid Intervention Crew use glow sticks to mark doors. There has been great success in using glow sticks in a smoke filled atmosphere with limited visibility. It is suggested that glow sticks be attached to the top of thrown ladders and to doors. Doors that are not chosen to be opened based on the contraindication of a negative effect on fire conditions, should have a glow stick placed around the door handle on the inside of the door. Rapid intervention should ensure that any door not opened is readily accessible and remains operational.

Glow sticks can be outfitted using fishing line or small gauge rope to be easily placed on the top of a ladder, over a doorknob, or in any other manner deemed appropriate. 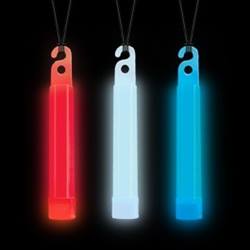 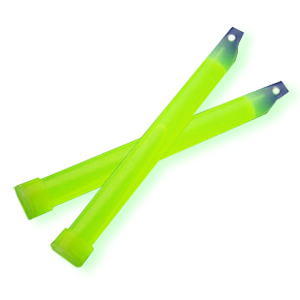 As you see in the above sample photos, you simply tie the fishing line or small gauge rope through the top of the glow stick and drop it over door knobs and the top of the ladder at a window. Simple, cheap, and effective. If the window is cleared out (with the sash gone, as it should be) grab a nail, drive it into the window frame and hang the glow stick.

Removal of fences and window/door obstructions:

The Progressive Rapid Intervention Crew should remove any exterior fences, gates, or privacy walls that can obstruct access to the structure, egress from the structure, or delay rapid deployment of RIC. 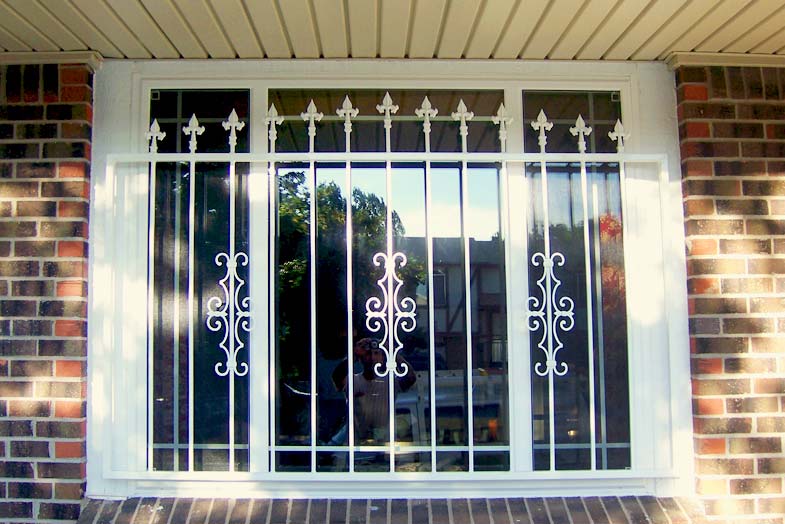 Staging of tools and equipment:

A Rapid Intervention bag containing an SCBA system, a spare SCBA mask, rope, webbing, cutters, duct tape (rapid mask repair), and assorted hand tools should be the initial staged equipment. In addition to this equipment, forcible entry tools, a dedicated hose line, and additional SCBA bottles should be staged.  RIC tool staging should be a sacred cache of equipment that no other company operating on the fire ground should touch or move. 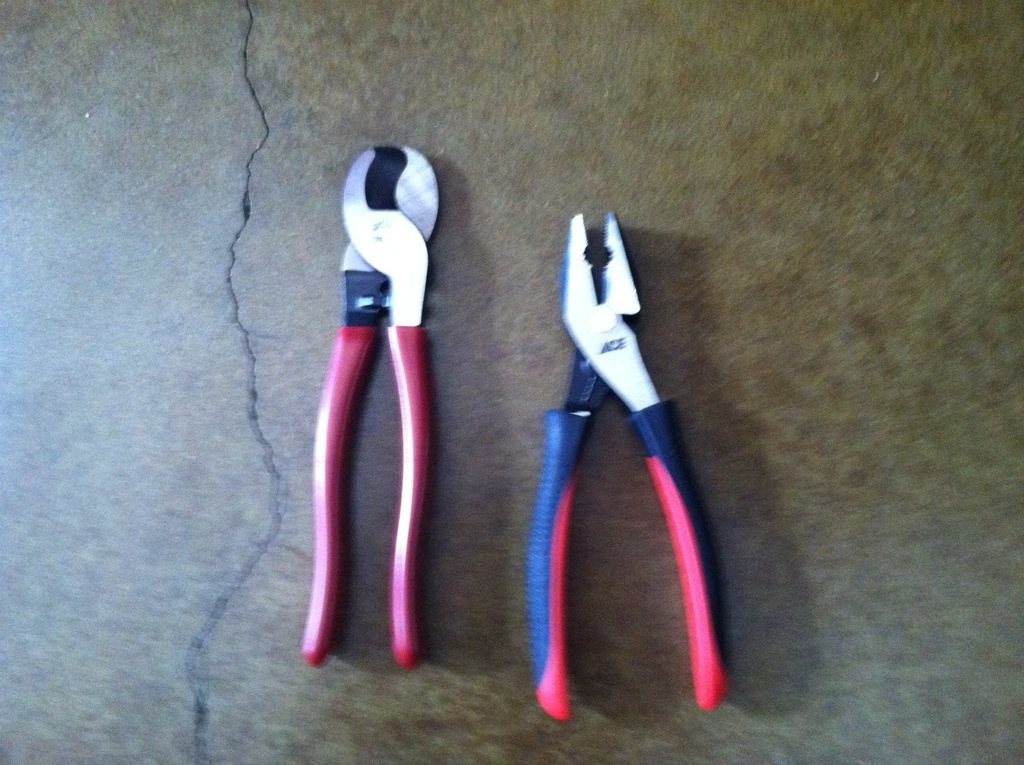 During Progressive Rapid Intervention Crew Operations, there should always be two personnel that are in a state of readiness. This two person “Go Team” acts as the initial rapid response to a firefighter distress call. The “Go Team” responds with the RIC Bag, forcible entry tools, and a rope search bag for easy route identification by future RIC making access.

The members of RIC that are preforming “Progressive Rapid Intervention Operations” respond immediately to the primary RIC staging area when a distress call is transmitted. Once at the staging area, the other members of RIC prepare to deploy with the appropriate assets and tools needed as requested by the initial “Go Team” who has made access to the distressed firefighter. The staged RIC personnel then make contact with the “Go Team” and relieve them and continue to extricate the distressed firefighter from the situation at hand.

* It is imperative that the incident commander orders two additional RIC anytime a RIC deployment is encountered. This is called the “rule of 3’s”. For every RIC deployed, there must be two additional crews to replace that RIC.

Once Progressive Rapid Intervention Operations is concluded, it is recommended that RIC personnel be placed on at least two sides of the structure with appropriate tools to maintain incident awareness and rapid deployment availability.

In the aircraft world, the same principles apply. Making any interior fire attack or rescue on an aircraft is no different than entering any structure that is an IDLH atmosphere. Ladders must be thrown to the aircraft for egress and hatches and doors should be marked with flashlights or glow sticks. Glow sticks are recommended over flashlights since the inside of an aircraft is a confined space and the bright beam of light that a flashlight emits may cause vision and orientation problems for interior firefighters.

Evidence preservation is of priority on scene of an aircraft incident; however attempt to secure egress routes that do not interfere with debris if at all possible. If the aircraft is in an area that has egress obstruction due to natural plants, bushes, or trees, assess the situation and prepare for a systematic and controlled removal of these obstructions for firefighter safety.

Keep in mind that the use of power saws on any metal surfaces may produce heat and sparks which may create a situation in which hydrocarbon vapors ignite. Ensure that there is a hose line available for quick suppression using AFFF foam anytime a cutting tool is in use.

Tool staging should include hydraulic power tools and crash axes in addition to the above stated equipment. In addition, take into consideration of the use of halon and dry powder extinguishers for Rapid Intervention Operations; however keep in mind that any compromise to the firefighter’s SCBA system may contraindicate use of these extinguishment products as they can cause further respiratory compromise of the distressed firefighter.

Rapid Intervention is not just a formality. Treat it as the most important task you will ever encounter. It is your own brothers and sisters you are there to protect. Be safe and even more importantly, be smart.

I have received some feedback on this post and I want to elaborate on a few areas:

- When using glow sticks from a ground ladder that is placed for firefighter egress (at the base of the window), I mark the window using three methods:

1. Loop the glow stick over the end of the ladder and set it on the window sill.

over the edge of the inside of the window.

3. Hang the glow stick from the window frame using finishing nails and a pair of lineman pliers that are

used to drive the nail into the soft wood. Large tacks can also be used.

Yes, however the reason ladders are thrown by the outside team is for firefighter safety. With ladders being thrown for firefighter bailout, it is a firefighter survival task. Rapid intervention simply assists the ladder company outside team and ensures that there are enough thrown ladders on the scene. In addition, if there isn't a ladder company, which is the case in many places, rapid intervention must ensure that this is accomplished quickly.

Be safe and more importantly smart.