By: Tony Kelleher and Ricky Riley 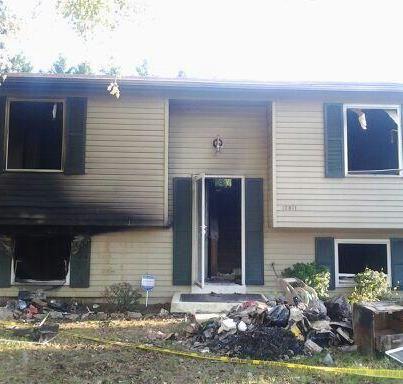 Recently, we have had several discussions; both within my own areas fire department and in other departments across the country with regard to their policy and attitudes towards automatic fire alarms.  While we at Traditions Training continue to preach our Combat Ready attitude to firefighters and officers, the topic of automatic fire alarms continues to creep into the conversation.  The focus, mainly on the attitude that firefighters and their respective departments take on these type of alarms.

While we fully understand the consistent physical and mental drain on personnel and resources while we respond to a great many of these alarms, we must not allow the complacency that many times accompanies these repetitive calls for service to creep into the way we answer them.

Recently outside of Washington D.C. a single engine company was sent to an automatic fire alarm. This call was received at 3am and the dispatch center received no more supporting calls to which was sent a single engine response. This engine arrived to find a working fire in a split foyer home with confirmed civilian trapped. The company worked diligently to complete all their tactical tasks and rescue the civilian. Unfortunately the civilian succumbed to her injuries the next day.

We certainly do not like to ‘Monday morning quarterback’ at Traditions Training, but, we can ask ourselves for our own departments: “what can we do to dispatch the right amount of units to incidents like an automatic fire alarm.” Would increasing the response to an engine and truck/squad better assist civilians and firefighters and provide a better outcome if confronted with a true fire-situation? This high frequency/low probability type incident should be afforded the correct resources based on your local jurisdictions area and resources.

A department in Pennsylvania that Traditions Training has had the good fortune to instruct with over the last few years responded to two automatic fire alarms in a 36-hour period. Upon arrival at one they were greeted with heavy fire and smoke from a commercial structure, which eventually required three alarms to control. At the second, once again they were greeted with another working fire.

The outcome of these incidents lays squarely on the department’s commitment to being ‘Combat Ready’ and their understanding that automatic fire alarms cannot be taken lightly. They had dispatched the appropriate number of apparatus and the personnel were fully dressed and ready to go to work. This commitment and understanding should be the norm rather than the exception.

We fully recognize the determination, dedication and energy that it takes to always be Combat Ready when responding to automatic fire alarms. But, we as the fire service must take all of them seriously till we arrive (with the correct number of apparatus dispatched and personnel fully prepared) and determine the cause of the alarm and that there is no true fire emergency.

We should all remember that regardless of the ratio of true fire events to faulty alarms, it only takes ONE lapse in our approach that can increase property damage to a structure or home of our citizens or worse, a civilian or firefighter death or injury.