On Jan 20th, Snohomish County F.D. #7 was toned out for a Commercial Fire Response at the Waste Management depot site in 72's first due area.
Ladder co. 72, led by Lt. Prince, was first to arrive and reported heavy smoke coming from a mechanic truck bay with a vehicle inside on fire. The vehicle was a Waste Management Garbage Truck. At that point the large roll up door suddenly came crashing down with no warning. Ladder 72 advised that they would be forcing entry and to have the first due Engine company be fire attack. 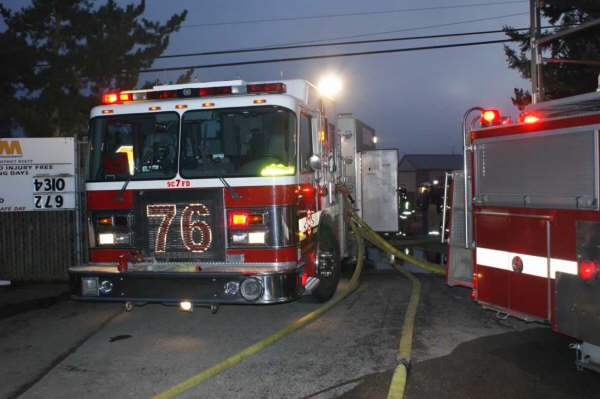 As the door was being cut with the rotary saw by one of our new probies, Engine co. 76 arrived into the lot and stretched an 1 3/4" line. The Lt. stated that upon knowing that it was a vehicle fire and even though there had been possible extension into the structure, he wanted the maneurverability in the tight confines of the bay. The back up line subsequently was a 2 1/2" line. 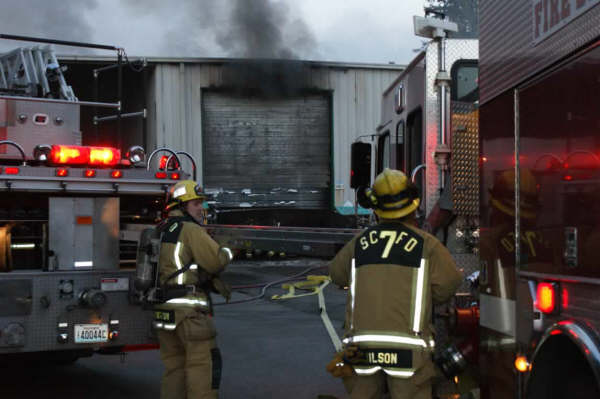 The fire was extinguished in good time and Ladder 72 continued with opening things up checking for extension. 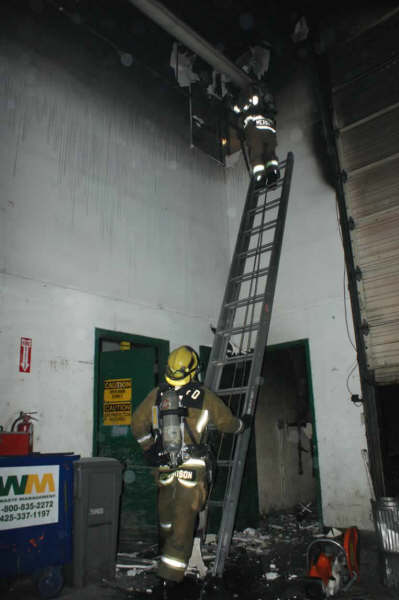 If you notice in the "great ladder vs. engine" pic, the D/O of Ladder 72 has a difficult time removing the 24' ladder from the truck due to the position of Engine 76. Both companies equally agreed that they each could have stopped this from happening either by Ladder 72 pulling farther in to the lot, or Engine 76 continuing in past the truck to the right side of the lot. Live and let learn, and it was discussed in the critique with no big issue or finger pointing.
No civilian or firefighter injuries were reported.
Units operating were; Battalion 71, AC72, TN72, Ladder 72, Engines 11, 73, 76, 77, and FM28C. 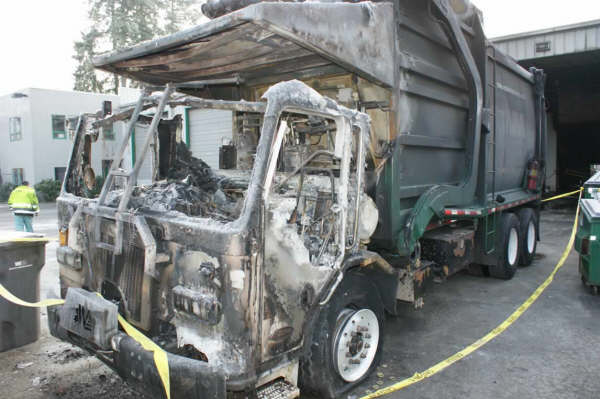 Comment by Chad Berg on February 24, 2009 at 9:44am
Yeah, he learned his lesson, and in this case the Ladder co. D/O is a pretty cool cat. The Training Divsion addressed the issue in the subsequent critique and publishing. We have been busting his chops and he just hangs his head and says he's sorry and feels bad..........Mission Accomplished!

Comment by Michael Bricault (ret) on February 13, 2009 at 12:38pm
-With regard to the placement of the apparatus in photo 2 I would believe there would be some very harsh words to the engine driver.
-Apparatus placement in general and Belly to Butt placement in particular is something we constantly jump on less experienced Driver/Operators for.
-Everyone wants to get as close as possible and yet most of the apparatus, generally speaking, should be out of the way. Engine drivers sometimes forget that aerials cannot be stretched or have sections added like hose can. Hope the engine driver learned his lesson.