Ever show up to a scene, take one look, and immediately feel like your head was spinning? Maybe it was the sight of the person covered in blood or the size of the fire that made things seem to be going fast. Perhaps you were met as you stepped off the rig by people grabbing at you trying to get you to move quicker. It might be the sounds of the blaring car horn through the dust from the airbags or the roar of the fire as the windows self-ventilate that barrage your senses and start your mind…

In my last blog post I talked about some of the poor reasons we use to avoid change.  This month I’d like to talk about the other side of that coin.

What are some of the good reasons for embracing change in…

It is said that the fire service is “XYZ years of tradition unimpeded by progress.” It’s time we change that mentality. A simple look at where we’ve been and where we are now in terms of tactics, building construction, apparatus, or staffing levels shows the falsity of that phrase.

I think we are simply hiding behind this statement as a defense mechanism. It allows us to avoid the unknown by remaining content with our present way of operating. We are in essence saying “Sure,… 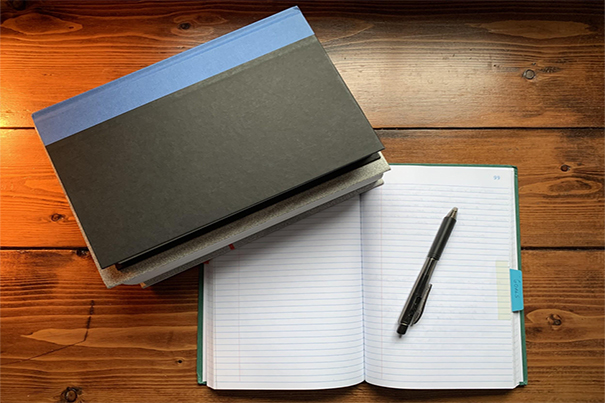 Education and Learning. At first glance, these might seem to be the same thing, but they are actually quite different. Both are extremely important for the firefighter and something that can specifically be prepared for in the coming year.

In the fire service, we continue to pit education and learning against each other and lob…

Is your training foundational or decorative in nature? Meaning, are you doing the fun, trendy activities or spending time on what is referred to as the basics?

Driving by a commercial building construction site recently started me thinking about this idea of decorative versus foundational training. The workers were at the rough-in stage of the build. They had laid the first course of block to establish the footprint of the building and were now engaged in…

In just a few short days, a time-honored tradition will once again take place. Across the country, people will spend their hard-earned money to buy sweet sugary nectar and then hand the treats to complete strangers under threat of tricks. There will be ghosts, ghouls, and goblins galore. There will be princesses, action heroes, and the ever-present “what are you, honey?” costumes that look nothing like what they’re alleged to be.  Just smile and affirm them.  Unless it's an old-…

Social media is full of debates, discussions, and general arguments resulting in name-calling on where water should be applied from. One camp is firm in its belief that fast water from whatever location or position is the best. The other camp belittles anyone who does not immediately initiate an aggressive interior attack. This debate has been going on for decades, really, it is now just being rehashed in a different format, that being the internet.

Chief Halton stated in his FDIC 2019 keynote what many of us have said before- ”Firefighting is the best damn job we’ve ever had.” He is 100% correct. This is the best job there is, and I can think of nothing that I’d rather be doing. Although, being a cowboy on a ranch in Colorado or Wyoming with a view of the Rockies wouldn’t be bad either!

But let’s be honest. Sometimes the best job gets you down because of the toxic environment that you find yourself in. People, politics,…

Having been blessed to attend FDIC 2019 last week in Indianapolis, I’d like to humbly offer some takeaways that can be applied to most any situation in life.

1. It’s important to get out of your comfort zone

I think it’s safe to say that humans are creatures of habit. We are generally content to stick with what is familiar to us, especially the more introverted we are. As firefighters, we like being in control of things and have an intense belief that…

A mentor is defined as a trusted counselor or guide, someone who may be an influential sponsor or supporter. A coach is one who instructs or trains. These are terms that are used everywhere in our culture of leadership and personal development books, podcasts, and lecture series. A mentor is viewed as that old sage who takes us under their wing to give us little snippets of wisdom and tweetable quotes. The personal coaching industry has a large market share in business circles and seems to…

Faith in Your Mission

Page 41... “From the last rung of the ladder to the top, everyone has to have faith in their mission.”

For some time now, cancer in the fire service has been a hot topic leading to passionate pleas and spirited debates. It seems there has recently been an even bigger uptick in the “air time” that cancer is getting in articles, on social media, and in presentations across the country. Everywhere you look, it seems that a new study is being conducted, results are out from a study completed, or a new way of doing things is making the rounds.

We all agree that cancer is a major concern for…

Preplanning Tracks in the Snow

A major portion of the United States was just hit with a pretty decent snowstorm. My area in NE Ohio was no exception, getting anywhere from 10”-16” of the white stuff. As I left my shift in the darkness and headed home, it was no surprise that the main roads were plowed while the side streets were still untouched. The majority of the business parking lots were unplowed as well, likely due to the fact that many would be closed that day for MLK Jr. observance, and thus, didn’t need to be…

My first FireEngineering Training Network blog post was on the pushup challenge I undertook for the year.  The guys over at http://firefighterfunctionalfitness.com/ put out the challenge to do 100 pushups, every day, for the entire year.  Thinking that this wouldn't be very hard, I took the challenge.

I'm proud to say, that not only did I complete the challenge, but I crushed it!  I viewed…

Rank might bring privileges, but it doesn’t necessarily equal leadership. You may have the authority that comes with the badge, however, this does not mean that your subordinates will follow you. The trust and willingness on their part to follow you must be earned. One way to quickly earn trust, and therefore, leadership, is through having good communication skills.

Communication only happens when both parties hear and understand what has been said. Until then, it’s just words being…

For the past number of weeks, I have been pouring my time, mind, and heart into the course, trying to make it informative, relevant, and useful.  I have taught them…

Recently, I found myself in the unenviable position of Incident Commander at a house fire that resulted in a civilian fatality. We arrived to find heavy fire from multiple rooms and witnesses telling us that people were inside. An aggressive interior attack and search operations were begun with the 2 first arriving units and supplemented with later arriving companies. One victim was pulled unresponsive from the home and transported by the ambulance provider. The individual later died, the…

In Their Own Words: Jaime Reyes