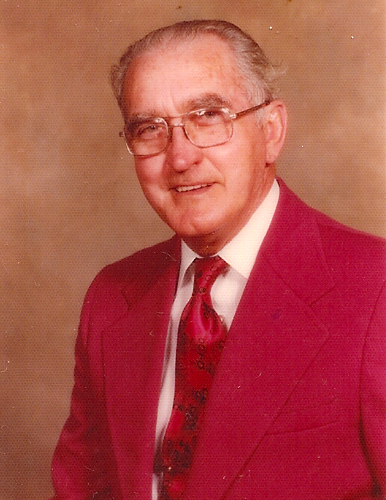 My grandfather fought for Philadelphia and the Phila Fire Department from 1940-1973.

Barr battled billowing blazes between Center City skyscrapers, about the San Fran–sloped topographies of Roxborough’s trickiest terrain, and at water's edge from fireboats wading in the Delaware.

Al served whenever and wherever Philly needed and protected an ever-proud, ever-loyal—ever-demanding people populating a city routinely sat—squarely—under microscope.

And did so with himself last. He fought flame and never sought fame.

Never expect—just do. He lived this.

Ask worshippers and parishioners at St. John the Baptist Church in Manayunk where he volunteered his time and service for 57 years. Ask anyone who lived near his Lauriston Street home. Ask anyone who put his or her life on the line to fight fire and protect all it can thieve.

My grandfather did most all of this for years—and, for many, while watching helplessly as the woman he loved, his wife, Winifred, slowly lose her mind to Alzheimer’s.

He did all he could to care for her, he explored every available option, he went through his life savings—himself terrified—knowing how terrified she must be not knowing what was happening, or why, knowing how frustrated and helpless she felt being unable to communicate with those she loved, now strangers.

Like her, like me, he didn't know what was happening, what else he could do, what else could be done.

She battled the disease and endured the worsening dementia for at least eight years—years and pain I couldn’t wish on anyone.

When exactly her mind started deteriorating we can’t know. What we do know is how hard it hit him.

In her last four years my grandmother didn’t recognize anyone—him three sons, my father, my two uncles, my mother, myself, but for a few seconds once, maybe twice a year.

If we were blessed, maybe once more.

My grandfather spent 32 years fighting fires. Nothing compared to this. It ate him. He cared for her until he died from a heart attack. My parents and I continued to care for her until she passed three years later.

In addition to the families and structures he kept together my grandfather also gave his three boys the character and resolve to keep themselves together, qualities firefighting instilled in him.

With the little money he had he put his boys through one of the nation’s top universities. Today all three are successes, as are their four children, and, likely, their twelve (and counting) grandchildren.

Before his passing he and Winifred donated ten acres of land to St. Mary’s Church in Plymouth, Pennsylvania where she was born and where her family had a farm, in hopes others would benefit from the power faith can have over anything and everything in its path.

My grandfather is an example this century of self needs note.

He lived selflessness, bravery, valor, commitment, honor. For others and for no other reason—not a pat on the back, a promotion, a table at a restaurant, his picture in the paper, an award—not for a thank you.