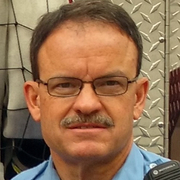 I generated a bit of discussion a few years ago when I posted a blog expressing my viewpoint that vertical ventilation, except in the presence of pre-made openings (rooftop scuttles or bulkhead doors) was a tactic that had little utility on the modern fireground (http://community.fireengineering.com/profiles/blog/show?id=1219672%3ABlogPost%3A620250). This was based on our then-new knowledge that ventilation before fire control causes worsening of interior conditions, and no more quickly than if it was performed immediately above the fire location; and my suggestion that after burning material has been cooled, cutting through roofs is a poor method for quickly clearing smoke. In other words, vertical ventilation does not help us control a fire, can actually rapidly and significantly worsen interior conditions, and is an inefficient way to accomplish the removal of the remaining products of combustion after extinguishment. In my opinion, exposing firefighters to the risk, danger, and difficulty of creating an opening in the roof of a burning building was no longer justifiable.

Responses to my suggestion that we send vertical ventilation to the firefighting dustbin, where it can reside with delayed water application, fighting our way down the stairs into a burning cellar, and the Jet Axe, were a mix of expressions of relief that someone had finally pointed out the futility of this activity, and passionate defenses of the process, some of which likened my arguments to the rants of an imbecile. Despite the various suggestions that I was uninformed, heartless, and/or a coward; and that I was recklessly misleading a gullible readership away from its sworn duty to save life and property, I remain steadfast in my belief that this is not even a risk vs. benefit disagreement, in that cutting a roof actually has no practical benefit, or at least none that cannot be better accomplished by other means. In the almost three years since that posting, there remains a significant divide in the fire service regarding the use of this procedure. So, I thought it time to revisit some of the arguments made on behalf of cutting holes in rooftops, as well as to report on some signs of progress towards taking advantage of our new found freedom from this pointless activity.

Since the careful experimentation performed by the researchers at Underwriters Laboratories (UL) (https://ulfirefightersafety.org/posts/study-of-the-effectiveness-of-fire-service-vertical-ventilation-and-suppression-tactics-in-single-family-homes-completed.html; https://newscience.ul.com/wp-content/uploads/2014/04/Analysis_of_One_and-_Two_Story_Single_Family_Home_Fire_Dynamics_and_the_Imapct_of_Firefighter_Horizontal_Ventilation.pdf), with its use of multi-modal, real time measurements and observations, demonstrated that much of our understanding of ventilation was wrong, a re-assessment of this tactic by the fire service was to be expected. We were all astonished by the findings that any increase in air flow into and out of a fire produced more products of combustion than it released, with its sole, though still significant, value being for the removal of those same substances after fire control. Some of us used that enlightenment as a gift, of sorts, that freed us from having to perform a difficult and dangerous maneuver, and allowed us to focus our resources and attention on actually useful activities (forcible entry, fire extinguishment, search, etc.); while others came up with novel rationales for continuing its performance (http://community.fireengineering.com/profiles/blog/show?xg_source=activity&id=1219672%3ABlogPost%3A630577).

Why are many in the North American fire service still performing/teaching/advocating for this practice? Well, here's my take: generations of firefighters, including mine, were indoctrinated in the importance of this tactic. It was thought to protect occupants and to enhance extinguishment efforts by channeling fire, heat, and smoke upward and outward, thereby decreasing interior temperatures and improving visibility. Even with its acknowledged ability to increase the rate of burning, it was believed that most of the resulting products of combustion were released, providing a net improvement to conditions within the structure. The value of vertical ventilation was not only a central theme in our training, but a lens through which we viewed our actions and those of others. Many a failed fire control effort was blamed on delayed, inadequate, or misplaced ventilation holes.

Given these purported benefits, we bravely positioned ourselves atop burning buildings, despite the risks and hardships, in attempts to accomplish this supposedly vital procedure. Many of us spent a lot of time perfecting that skill, and some departments have virtually "hard-wired" this tactic into their approach, with assigned tools and tasks, especially for truck companies, based upon the idea that this effort needs to be accomplished as soon as possible. The embedding of these beliefs into our overall understanding, management, and even perception of the fireground has resulted in many experienced firefighters still believing that cutting holes in roofs is a vital fire control step, despite its key tenets having been debunked.

How do we counter this persistent faith in the value of a practice that has been so thoroughly discredited, and which is difficult to perform, no less? In my case, I continue to present my reasoning in this forum, and those who so choose can offer their rebuttals or agreement. Debate and discussion are the best methods for sharing, refining, and modifying our varying understandings of this and any other topics, and I look forward to being educated as much as educating others. That said, the following are some of the arguments I have heard or read for continuing this discredited process:

Attic fires: Ventilating these spaces had seemed like a good idea to all of us until it was pointed out by the folks at UL that such fires are most commonly ventilation-limited, and therefore any combustion within can react even more explosively to the introduction of air than might a room and contents fire. Those videos you see posted about some department’s “Great Vent Job”, showing flames erupting from a just-cut roof? A more accurate title for those examples would be “Worsening a Bad Situation”, as the interior conditions just became even hotter and smokier, the impressive exhaust having been created, not merely released, by an acceleration of the rate of burning in the compartment below. When faced with fire in an attic, its control will require the opening of the ceiling and water application from below. Ventilating first just delays this necessary step, or eliminates it altogether by causing the roof to burn off.

Improves visibility: Some proponents of vertical ventilation will point to the researchers’ occasional finding of a “lift” in the smoke layer immediately after a vent h*** was opened, using the accurate metaphor of the effect of opening the flue in a fireplace. Unfortunately, the brief clearing is accompanied by an immediate increase in fire intensity, and in this instance we firefighters, as well as the people and property we’re trying to save, are actually in the firebox. Also, expecting to take advantage of this “improvement” in a setting as chaotic and dynamic as a burning building is, in a word, unrealistic. Think about it: On the one hand, hoselines would need to be in place and charged prior to the opening of the roof, but then water application would need to be delayed while relaying this readiness to the roof crew, thereby allowing the fire to worsen. On the other hand, the process of penetrating a roof is typically more complex and time-consuming than stretching hose, rendering coordinated accomplishment difficult. Furthermore, even the idea often proposed that the roof covering and decking could be cut and removed, and the ceiling layer alone kept in place and merely pushed down upon confirmation of presence of the extinguishing team, assumes there is a ceiling to push down, and that the fire has not already entered the attic/cockloft, eliminating any temporary "benefit" from ventilation. That is, if extension upward has already occurred, vertical ventilation may provide a “lift” to both the smoke layer and the fire.

Needed personnel: Another commonly expressed misconception regarding roof cutting is that it is resource-dependent, with the suggestion being that increased staffing better allows for its performance. Except, one of the best-staffed departments in the world - FDNY - does not, and has not for decades, utilized vertical ventilation as a standard tactic on peaked roofs, having long ago determined that it is more efficient to dedicate personnel to extinguishment and horizontal ventilation. The real effect roof ventilation has on staffing is that its performance prevents the firefighters thus assigned from actually contributing to the success of fireground operations.

Just do it later: An accurate criticism regarding my assertions, and one that I had confessed up front in my original posting on the topic, was that the UL reports did not call for a ban on the practice of vertical ventilation, just its closer coordination with extinguishment efforts. In fact, the researchers were rather complimentary about its natural benefits, allowing as it can the passive release of hot gases. Of course, for practical reasons, the rooftop vents in their experiments were trap doors that could be immediately and completely opened, a necessity for exactly timing that intervention and accurately measuring its effects. They did not, and could not, comment upon the relative ease or benefits of actually creating those same-size openings through an intact roof structure.

While I accept full credit and blame for looking at the potential dangers of this action, combining it with my personal knowledge and experience regarding the practical difficulties involved with penetrating the roofs of burning buildings, and determining that it was not worth the trouble, it seems to me to be the logical conclusion. Nor am I alone in my conviction. In addition to the FDNY’s longstanding avoidance of cutting peaked roofs, Blue Card Command, the interactive incident management training program based on the teachings of the late Alan Brunacini, has removed vertical ventilation from its inventory of recommended interventions for fire control. The developers and instructors of that course and its supporting material have been integrating the findings of fire dynamics research with their street-proven methods since its outset, revising their approach and techniques as directed by the evidence. They have now determined that cutting holes in rooftops is an action that has no useful role in controlling a structure fire, and should no longer be performed.

Vertical ventilation was our go-to choice for removing heat and smoke when it was believed that it helped us to put out fires. We were not only wrong about its lack of benefit, but equally surprised by its potential for harm. While we still need to clear out hot gases after fire control, cutting a roof to do so is probably the most labor-intensive, dangerous, and difficult to coordinate of all of the methods at our disposal (horizontal, hydraulic, PPV, even wind). With incontrovertible evidence that we should wait until a fire is controlled before initiating ventilation, and simpler, safer, and more effective techniques at our disposal, we can chalk up our previous efforts to good intentions and retire this tactic with honor, or stay with old habits and risk facing charges of willful negligence. Because, now we know better.

The author can be reached at markjcotter@comcast.net