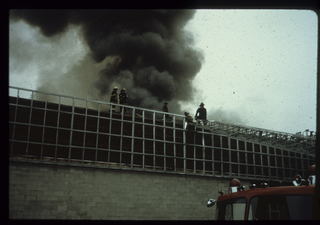 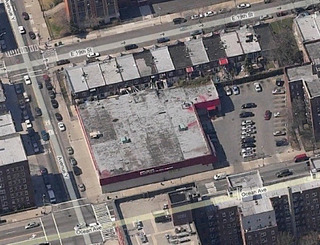 The corner of Avenue Y and Ocean Avenue today


FDNY to Honor 30th Anniversary of the Waldbaum’s Fire

Members of the FDNY will join Saturday for a memorial service commemorating the 30th anniversary of the Waldbaum’s fire, which occurred on August 2, 1978.
Six firefighters died when the roof of a burning Brooklyn supermarket collapsed, plunging 12 firefighters into the flames. The fire began in a hallway near the compressor room as crews were renovating the store, and quickly escalated to a fourth-alarm. Less than an hour after the fire was first reported, nearly 20 firefighters were on the roof when the central portion gave way. Thirty-four firefighters, one emergency medical technician and one Emergency Services police officer were injured in the fire and the tragedy is remembered as one of the worst disasters in the New York City Fire Department’s 143-year history.

The FDNY members killed in the Walbaum’s fire included:

The fire started at 8:40 am in Waldbaum’s supermarket, Ave. Y and Ocean Ave., Sheepshead Bay. Nearly 23 electricians, plumbers etc were renovating the building when the fire started in the mezzanine area. , All hands at 8:49 2nd at 9:02. Shortly after 9:20 with 20 firefighters on the roof a crackling sound was heard and the center portion of the roof fell into the smoke and flames. Some of the firefighters were seen running toward the edge of the roof, some made it, others nearby fell into the h***. At 9:18 3rd alarm sent in. Later it went to a 5th alarm.

Laborers and firefighters managed to pull out some who were near walls, some crawled out. Several holes were made into the wall to pull out injured survivors and victims.

Two factors contributed to the collapse of this bowstring arch truss, a double roof (rain roof) alteration and the extent and severity of the fire.

This roof collapsed 32 minutes after the initial units arrived.

The lessons learned in the years following the Walbaum’s fire in 1978 and the subsequent Hackensack Ford Fire, NJ in 1988 focused on understanding building construction systems, occupancies and structural assemblies, in both of these cases the timber bowstring truss systems. Over the years the foundation of knowledge necessary to build competencies and knowledgeable firefighters, fire officers and commanders cognizant in the science and technology of building construction has waned and at time has been less than an area of focus. Take the time to read and learn about the FDNY Waldbaum’s fire, its History Repeating significance as a major fire service LODD event, the lessons learned from the Hackensack Ford Fire (July 2, 1988).

Look at your buildings within your response areas and jurisdiction. Understand how they’re built and more importantly how they are affected by the exposure and impingement of fire and its byproducts. Understand key building performance indicators and appropriate strategic and tactical actions based upon building profiles, occupancies, fire loading, construction features and fire service resources. Take the time to honor the brave brother firefighters from FDNY who made the supreme sacrifice thirty years ago, and gave a legacy to learn from in this and in future fire service generations. Learn from the past, so we don't have any more History Repeating Events.