I recently taught an Instructor 1 class and one of the things that I really like to make a point to emphasize is that we need to pay attention to those firefighters and officer who are “salty” and who have been around a while.

We know that we have to attend classes and that we must get our noses in the trade journals and worth while web sites, but do we really listen when our more senior members are “telling stories?” If not, we really need to start paying attention.

As a disclaimer, not all senior members will share or they just have never been engaged in the fire service. But, even some of those guys have something to offer even if they don’t realize it. Each story has a lesson and we need to recognize this and absorb all we can while they are here.

Okay, so where I am going with this? A few days after finishing this class, we were doing the dinner dishes and the discussion came up from a couple of the younger guys about fires and training. Some how the conversation turned to commercial buildings, more specifically strip malls and fast food restaurants.

Out of curiosity I asked one of them what the first thing they would do if they responded to one of these buildings with a slight haze, odor of smoke or even an alarm sounding? His first response was to go to the electric panel. 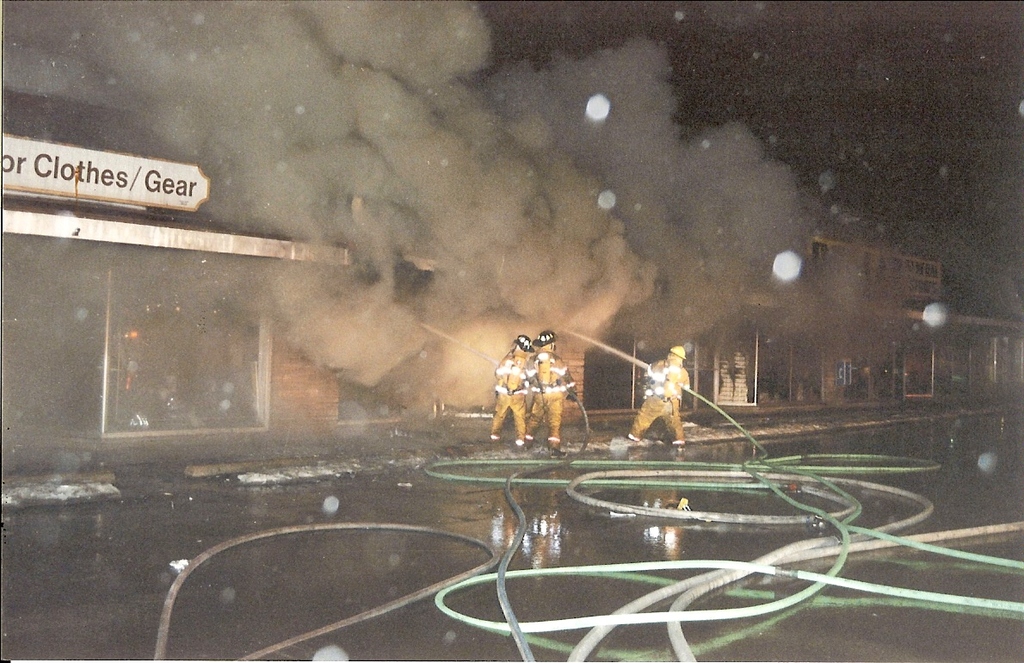 Well, as most of you may know where I am going with this, we advised him that he was wrong. He had never been taught to take a pike pole and lift a ceiling tile as soon as you walk in the door. This is critical information and I was shocked that his captain had not covered this at some point. Granted, he spends a large majority of his time on an LSV, but this is something he should have known.

What we did was have a very informative training lesson while doing dishes. I am pretty sure this will stick with him for the rest of his career as we discussed some case studies on this type of fire. It didn’t take a lot of class preparation or Powerpoint slides, just an eager firefighter and some older ones willing to share.

Talk fire and rescue. This has to be a normal activity in the fire house. If we can instill this in the newer generation they will pass it on also. We owe it to them to give them every little nugget of information that we can, sometimes whether they want it or not.

What was passed on to you by someone that you worked or trained with? How did it change what you did in the fire service? Let us know your story and keep on fighting the good fight.

Permalink Reply by Michael Bricault (ret) on October 16, 2010 at 1:45pm
-Some of the best information and lessons were given to me in the firehouse kitchen while I listened to the senior men talking.

Permalink Reply by Jeff Schwering on October 19, 2010 at 12:19pm
Jason, nice job Brother. The one thing we must remember in today's world is to not only talk fire in the house, but as mentors and protectors of our profession, is to Keep The Faith. All of the talking and story telling we do to attempt to educate our newer folks, much of it goes by the wayside when we leave the room, unfortunately! People are so busy with whatever, they forget, yes it could be us/you/me! Stay with our teachings and insights, like Brick said, some of the best information and knowledge comes from the kitchen table or doing dishes!