Common Cause Failures- What side of the Curve are you on? 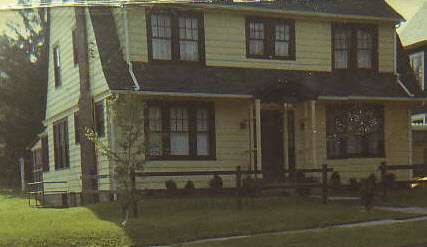 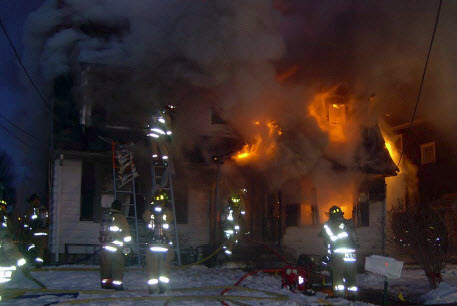 New NIOSH Report Issued: On February 29, 2008, a 21-year old male volunteer fire fighter (the victim) and a 33-year old volunteer Lieutenant were injured during a structural fire. The fire fighters were attempting to locate and rescue a 44-year old female resident from a burning duplex.

The fire fighters became trapped on the second floor when fire conditions deteriorated. The victim was rescued by the rapid intervention team (RIT) and both the victim and injured Lieutenant were transported to the hospital. The victim remained in critical condition for several days in the burn unit before succumbing to his injuries on March 5, 2008. The female resident of the structure did not survive the fire.

Key contributing factors identified in this investigation include;
the lack of water supply,
fire fighters advancing within the burning structure without the protection of a charged hoseline, inadequate training in defensive search tactics,
non-utilization of thermal imaging camera by the search crew,
lack of coordinated ventilation,
size-up information about the structure was not relayed to fire fighters, and
interior reports were not relayed to the incident commander.
NIOSH has concluded that, to minimize the risk of similar occurrences, fire departments should:

ensure that Mayday protocols are developed and followed

ensure the Incident Commander receives pertinent information during the size-up (i.e., type of structure, number of occupants in the structure, etc.) from occupants on scene and that information is relayed to crews upon arrival

Additionally;
fire departments and municipalities should ensure that citizens are provided information on fire prevention and the need to report emergencies immediately

Inadequate water supply. Two hydrants in the vicinity of the burning structure were frozen from the cold weather.

The victim and injured Lieutenant did not have the protection of a charged hoseline during their search for the trapped occupant.

Non-use of a thermal imaging camera which may have allowed the search and rescue crew to advance more quickly through the structure.

Ventilation was not coordinated with the interior search.

Size-up information about the structure was not relayed to the interior search crew. The interior crew was searching in the wrong duplex for the trapped occupant and did not realize they were in a duplex.

The incident commander was unaware of the search crew’s location in the building. He did not receive any interior reports and was concentrating on resolving water supply issues.


There are a number of basic factors presented within this report that are not only common to many other NIOSH LODD reports, but also present at best common shortcomings in the way many fire departments operate or practice. After reading the report and the apparent cause and contributing factors, provide some insights as to how we can overcome similar issues affecting incident command, operational deficiencies and tactical failures. What are we missing? How does your department stack up?

Have you had similar "operational issues" such as these; the lack of water supply, fire fighters advancing within the burning structure without the protection of a charged hoseline, inadequate training in defensive search tactics, non-utilization of thermal imaging camera by the search crew, lack of coordinated ventilation, size-up information about the structure was not relayed to fire fighters, and interior reports were not relayed to the incident commander.

Permalink Reply by Chris Fleming on December 20, 2008 at 4:23pm
Chris, thanks for the posting. I think this is the first time I've read the term "defensive search tactics". The things that came to mind when I read that were, "V.E.S", "Targeted Search", and "Oriented Search". All are tactics that have proven successful in rescuing civilians at fires; more successful, I think, than "go in the front door and go left or right". One thing that isn't directly addressed is "survivability profile". Given the smoke and fire conditions on arrival, is it possible for an unprotected civillian to be a viable life hazard? That being said, the life hazard profile for a building increases exponentially when we have known, trapped victims and that may be a "risk alot" scenario. But we can't forget that if a victim is dead they are no longer a part of the life hazard equation. At that point your greatest life hazard are the firefighters entering the building.