The Prevalence of Suicide Among Firefighters: The Deaths No One Wants to Talk About

When someone says the word hero, we automatically start thinking about things like courage, nobility, and over-the-top achievements. Heroes go above and beyond the call of duty to help people without giving it a second thought.  They don’t give up no matter how afraid they may be. They’re the kind of people who inspire us to achieve great things in our own lives.

It’s this image that we have of heroes that makes it so hard for us to remember that even heroes have their vulnerabilities.

Post-traumatic stress disorder is common in people with careers where they are continually exposed to traumatic events—combat veterans, police officers, emergency personnel, 911 dispatchers, firefighters, and all other first responders. Most of us never stop to think about what chronic exposure to trauma does to their brains.

In this video, Dr. Daniel Siegel uses a simple hand model to explain how our brains work to protect against the effects of traumatic experiences. Our spinal cords work with the limbic system to help regulate arousal and emotions.  The cortex, which helps us to think and reason, is a protective covering over the limbic system. The front part of the brain, or frontal lobe, is just behind your forehead. This is the part of the brain that regulates your subcortical, limbic, and brainstem areas.

The brain remembers the traumatic events that firefighters experience on the job. Certain sights, sounds, tastes, smells, or touches can trigger the brain to recall a traumatic event. These memories can be vivid, almost like reliving the original event where the firefighter re-experiences a life-threatening event.

At the same time, important changes are happening inside the brain. The trigger causes the brain to “flip its lid,” causing the protective covering of the frontal lobe to flip its lid and expose the limbic system, essentially leaving the brain without any kind of regulatory protection. The results can cause erratic and unreasonable behavior.

Most firefighters don’t understand that this is what is happening to them. Feeling emotionally out of control and not knowing what to do about it causes them to feel ill at ease, depressed, and out of control. Even though they feel called to help others in their time of need, many feel conflicted because they feel helpless to help themselves. Unable to cope, many firefighters feel that the only way out of the never-ending cycle of misery is to end their lives.

In nearly every firehouse, police station, and emergency dispatch station, there exists a culture of heroism. Traumatic events have a negative effect on everyone, but to talk about it openly is considered a weakness. The culture of heroism reminds them to keep their shaken emotions to themselves, even though they know they probably aren’t alone.

They’ve spent hours upon hours training how to help others in a time of crisis. Sadly, most firefighters have spent little or no time to learn how to help themselves after a traumatic call, let alone how to protect their brains from the effects of repeated trauma. 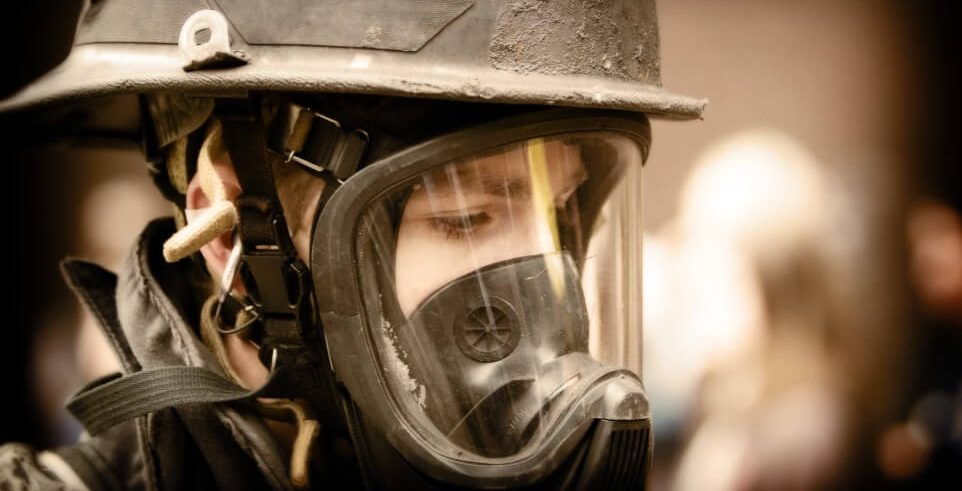 What the Data Tells Us About PTSD and Suicide Among Firefighters

In a 2015 article in the Journal of Emergency Medical Services, the writer explains the results of a survey of 4,000 first responders on the topic of job-related suicide. About 6.6% of respondents admitted to attempting suicide. That number is 10 times the rate of the general population who’ve attempted suicide.

The Firefighter Behavioral Health Alliance in Arizona is a nonprofit organization that advocates for the mental health of first responders. In their 2016 survey, 132 first responders reporting attempting suicide. The group suspects that the number could actually be about 40% higher because the stigma of suicide causes many families to hide the truth about a death by suicide. Jeff Dill, the CEO of the alliance, says that first responder suicides are on the rise and that sometimes firefighters have killed someone else along with killing themselves.

Signs and Symptoms of PTSD and Suicide

People who work in non-first responder careers take for granted that they can go home and forget about any stressors that happened at work. Firefighters return home with lingering memories of children who died in their arms, fellow firefighters who died on the scene, and haunting memories of other calls where people could not be saved. Fortunately, if you are aware of the signs of PTSD that could lead to ideations of suicide, you can lead firefighters to help before they succumb to feelings that life isn’t worth living. According to Suicide Awareness Voices of Education (SAVE), here are some warning signs of suicide to look for:

Firefighters and other first responders don’t have to live with the misery of a brain with a constantly flipped lid. There is help if others can convince them to accept it.

How to Find Help Before Suicide Becomes an Issue

Education and awareness are the keys to preventing suicide among firefighters. The firefighting community and society at large need to acknowledge that PTSD and suicide are serious issues. It’s time to stop shoving them under the carpet and start talking about them.

Firefighters who struggle with PTSD and traumatic memories are best helped by getting specialized treatment as provided by therapists who understand the unique circumstances that brought them to treatment. That’s exactly the type of treatment that Institute for Responder Wellness, a non-profit helpline and resource offers first responders who reach out. The Institute offers programs in Nationwide for first responders who have a higher comfort level being treated by clinicians or programs trained on working with their issues. One of the great programs they utilize is Deer Hollow Recovery which specifically treats first responders in their trauma program.

Despite the strong prevalence of suicide among firefighters, the firefighter community struggles with the stigma when they lose one of their own to suicide. Our society hasn’t yet set a standard for accepted etiquette on how to talk about suicide in obituaries or at funerals. Many people feel that it’s inappropriate or somehow dishonoring to the deceased to mention suicide in the obituary or at the funeral, even though the death was directly related to their heroism during their career. Some people also feel that to honor a firefighter who took their life by suicide is somehow minimizing the importance of other firefighters who lost their lives in the line of duty.

We have to remember that traumatic events are brain-altering occurrences and that they can be successfully treated. More importantly, our heroes are still our heroes, even when their behavior changes due to the effects of trauma.

First responder have you or are you struggling with mental/behavioral health issues? Are you in recovery or going thru something? If you are, then you should check out Lionrock Recoverysupport group for first responders. You can attend via live video conference from your phone, tablet or laptop. Get the help you need from peers who understand in the privacy of your own home. 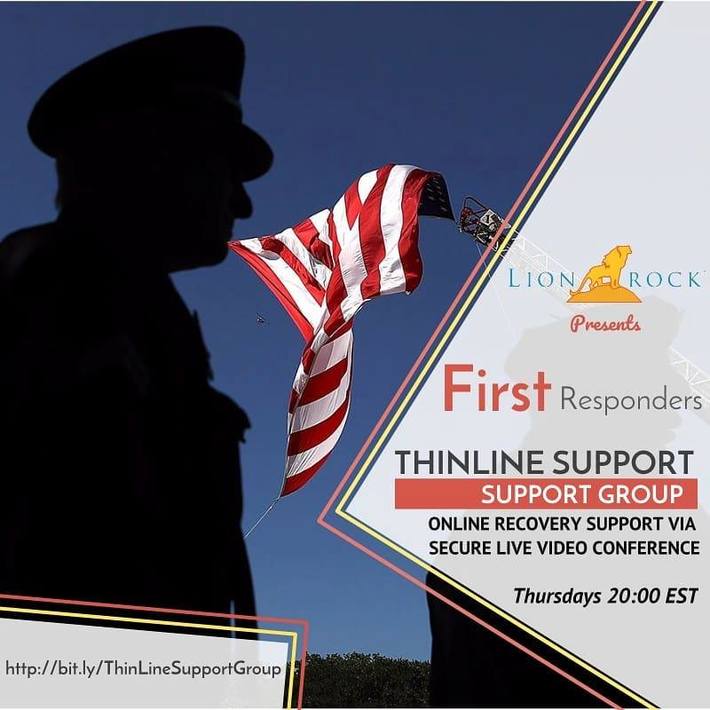