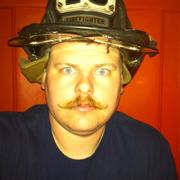 The dictionary defines mindset as, “the ideas and attitudes with which a person approaches a situation.”  It’s an all-encompassing view that determines how we think and act.  Mindset determines tactics.  Tactics in turn determine the skills we use to accomplish the tactical goals of the operation.  Our mindset should be that of saving the lives of the citizens at EVERY SINGLE fire we fight.  That is, after all, the primary reason we are there.  Safety first is a great mindset if you never want to put out a fire or save a victim.  Safety first means victims second.

We love to talk a good game about aggressive firefighting tactics.  Somewhere in the backs of our minds, when we picture firemen, we flash back to when we were kids, envisioning smoke-eating, hard men who charge through walls of flames to pull victims from the clutches of death and breathe life into them.  Over the years, with culture changes in the fire service, an entire generation has been raised up to forget this idyllic image of a fireman.  In its place has been instilled a new breed of fire officers and firefighters who preach firefighter safety above victim safety.

When it comes to offensive versus defensive, one should remember that these are not simply terms to describe the geographic location of operations.  Offensive doesn’t necessarily mean interior, and defensive doesn’t necessarily mean exterior.  Offensive is a MINDSET more than an operation.  It means that you are taking the fight to the enemy rather than hunkering down and waiting on it to arrive at your position.  Even exterior operations can be offensive if the goal is to ultimately go interior, wage war against the fire on its home turf, and rescue anybody that might still be alive in there.

Defensive, conversely, means that you are taking a position that is protected.  You are not in danger, and are unlikely to be overrun.  You have given up on saving any more lives from the area currently threatened by fire.  You’ve written off that part of the structure and anyone in it.  Even if you stop the enemy in its tracks, you are not trying to change the momentum in the other direction.  You can be interior and have a defensive mindset if you are only trying to hold what you’ve got.  Defensive minds aim to limit or eliminate danger.  They make little to no forward progress.  They do not attack and rescue.  They, by their very nature, defend what is theirs already.

When you think about it, it’s very easy to slip into a defensive mindset.  Defensive operations risk far less, and we are naturally and humanly more attached to our personnel, our brothers, than the strangers that may need our help.  No fire officer wants to lose a firefighter.  No chief wants to knock on a door to make a LODD notification.  No department wants the negative attention, the investigation, or the loss of morale.  From the top down, there is pressure to ensure that every man goes home, no matter what.  But “no matter what” is unfair to the citizens that trust us to get in there and get the job done.  The citizens haven’t been exposed to the defensive culture and training.  They still have that child’s view of firemen.  They still expect us to put the fire out and make grabs, and they expect us to risk our lives doing it.  They expect firefighters with aggressive, offensive mindsets.  They are not wrong to expect that.

So how do we make the change?  How do we get to a point as a crew, as a department, as a profession, where firemen uphold and live up to the standard that the public has never lowered?

The UL/NIST studies, as controversial as they are, have been of immeasurable benefit to the fire service, even if you don’t believe a word of the results.  The studies have provoked more thought and discussion about fire service tactics and skills than any single event in the past.  Personally, I believe the studies have contributed to our understanding of fire behavior.  Even if we aren’t really changing what we do very much, we are steadily increasing our knowledge of why.  We continually update our brains on the latest building construction and vehicle technology.  We LEARN.

With a higher level of understanding comes the requirement that we put it into practice. Whether it’s old basics or new, advanced skills, we have to get out and do it.  And do it again.  And again.  We have to repeat the use of our knowledge and skills until we no longer make mistakes- until good decisions and correct application of tactics is second nature.  We TRAIN.

If we get smarter and we get better, we can’t help but have success on the fireground.  We throw around the word “combat” like it’s a new catchphrase.  Combat challenge, combat ready, combat hose- combat everything.  We use the word more like a t-shirt slogan.  The reality is, combat is dirty, mean, hostile, and dangerous.  It’s a fight.  We are called firefighters.   Show up with a warrior mindset, not planning to survive, but instead planning to WIN.  Winners already know in their heads that they will win.  It devastates them to lose, because they don’t prepare for losing.  They prepare for winning.  They expect to fight, to conquer, and to be victorious, every time.  They don’t focus on trying NOT to lose.  They focus on dominating and overpowering their foes.  THAT is offensive mindset.

I heard another fireman use the term, “intelligent aggressiveness.”  What a perfect way to state it.  If we embrace an aggressive, life-saving, warrior mindset, and use it to motivate our firefighters to develop the knowledge and skills necessary to do their jobs better, we WILL put fires out faster, save more lives, and continue to elevate the fire service to a profession worthy of the childhood adoration we used to have for firemen.